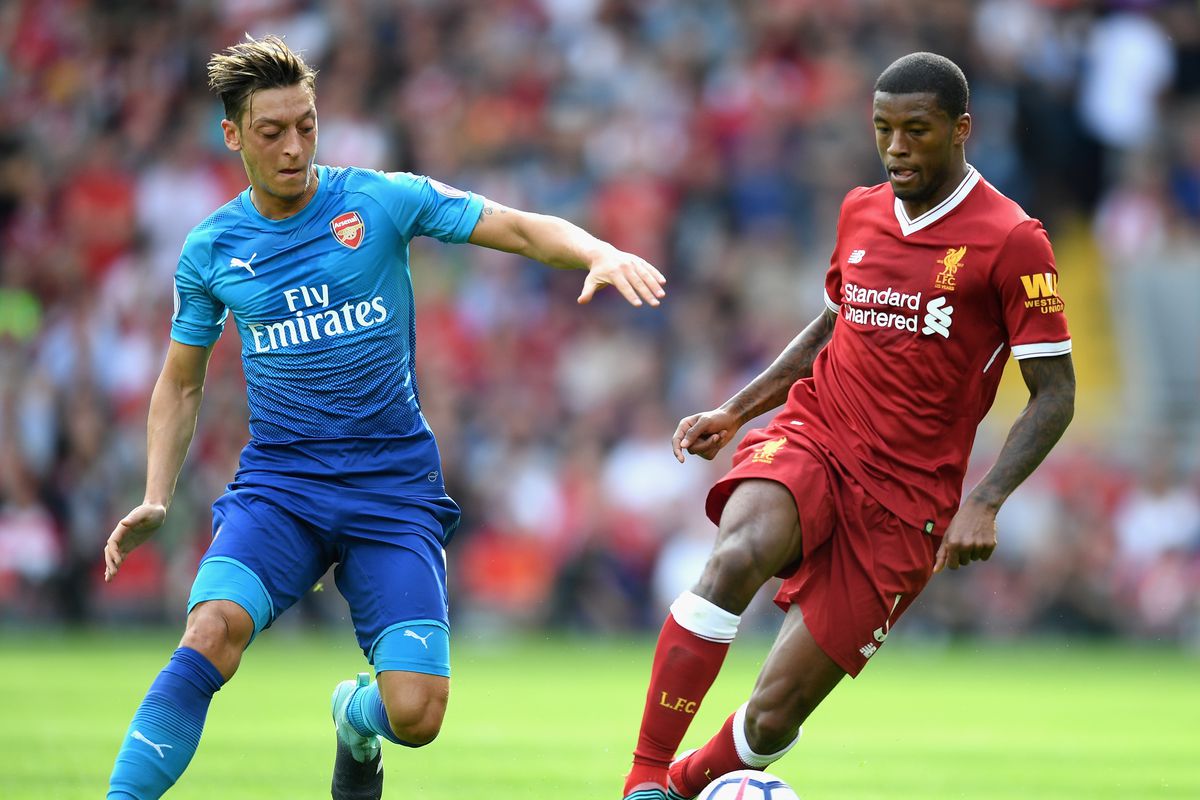 ANALYSIS AND PREDICTION FOR ARSENAL - LIVERPOOL

This is the moment of truth for Arsenal. They handle almost perfectly on all fronts at the moment. During the week they won against Blackpool for the League Cup, which means they are in the quarterfinals of this tournament. In Europa League they have 3 wins in 3 games and the 1st place is guaranteed virtually. So now they can fully concentrate on their appearances in the Premier League. Gunners lost in two games this season, which were in the first few rounds vs top teams like Chelsea and City. Now it comes the third contender for the title – Liverpool. This is the moment of truth for Arsenal, because now the situation is very different. If they had met the reds in earlier rounds, they would probably lose the game easily, but now the situation is very different. It will not be too much to say that in case of victory here, Arsenal can be said to be also a contender for the title, which seemed absurd before the start of the season.

Liverpool for the first time has been resting for so long since the start of the season. This loss from Chelsea in the Carabao Cup was important for the Merseyside giants. It is clear that it is never good, when you lose, even more if it means getting eliminated in a tournament, but in this case it may be something very positive for the reds. They have a full week of preparation for the most important match of the team in this period between the two national team breaks. They will play with Red Star in Serbia and Fulham at Anfield in the next two games before the League of Nations comes in again, so in case of win here, Liverpool has the chance to take another 2 wins afterwards and to reach the absolute maximum, which would be an ideal prove that Liverpool are quite capable of keeping pace with City. There is something else here too. City has already met 3 of the top teams away from home, including Tottenham, Liverpool and Arsenal. From these games the citizens took 7 points. This fact is not to be underestimated, because it is seen that the difference between the top 6 and the other teams is getting bigger. The team that will take the title will have made the least mistakes. Namely in these direct matches between top 6 are the most important points. Liverpool has the chance to do the same, because they already beat Tottenham at Wembley and at Stamford Bridge got a point.

Gunners have great issues in defense and it was obvious against both Leicester and Palace and even during the week they conceded a goal against Blackpool. They must be aware that they have no right to make mistakes against Liverpool, because the reds are one of the most serious teams in the league and are extremely concentrated in winning each match as they fight for the title. We saw a very defensive approach from Liverpool in their match against City. Against Chelsea there were only two goals and the second game at the end, although the match had a lot more chances, but the reason we think there will be goals here is, because we expect the Reds to approach in a different way. Except that the main point here is that Arsenal are much more direct and will most likely attack in this game a lot, because they are also hosts. We will add the fact that traditionally Arsenal and Liverpool have scored many goals between each other and this is no surprise. But, as in previous years, this was mostly due to Kloop’s “heavy metal” football and the brilliant duo SAS that Rodgers had previously built. Arsenal is now in the role of Liverpool, when the reds are a team that learned how to get “ugly “wins. Still, Arsenal are really in top shape and it’s hard to believe they will not score at least one goal in Liverpool’s net, even though they have a strong defense. LFC, however, are absolutely obliged to achieve a good result and will certainly go out for the three points and will probably score the first goal as we expect Arsenal’s hesitant defense to crack earlier. This will open the match and then the goals are guaranteed. Main prediction BTTS and over 2.5 goals 1.76. Since this is the big game of the day at all, we will also give our forecast for the exact result that you can bet just “for the sport” with a symbolic amount. Prediction : Arsenal 2-3 Liverpool. Here are our alternative predictions :