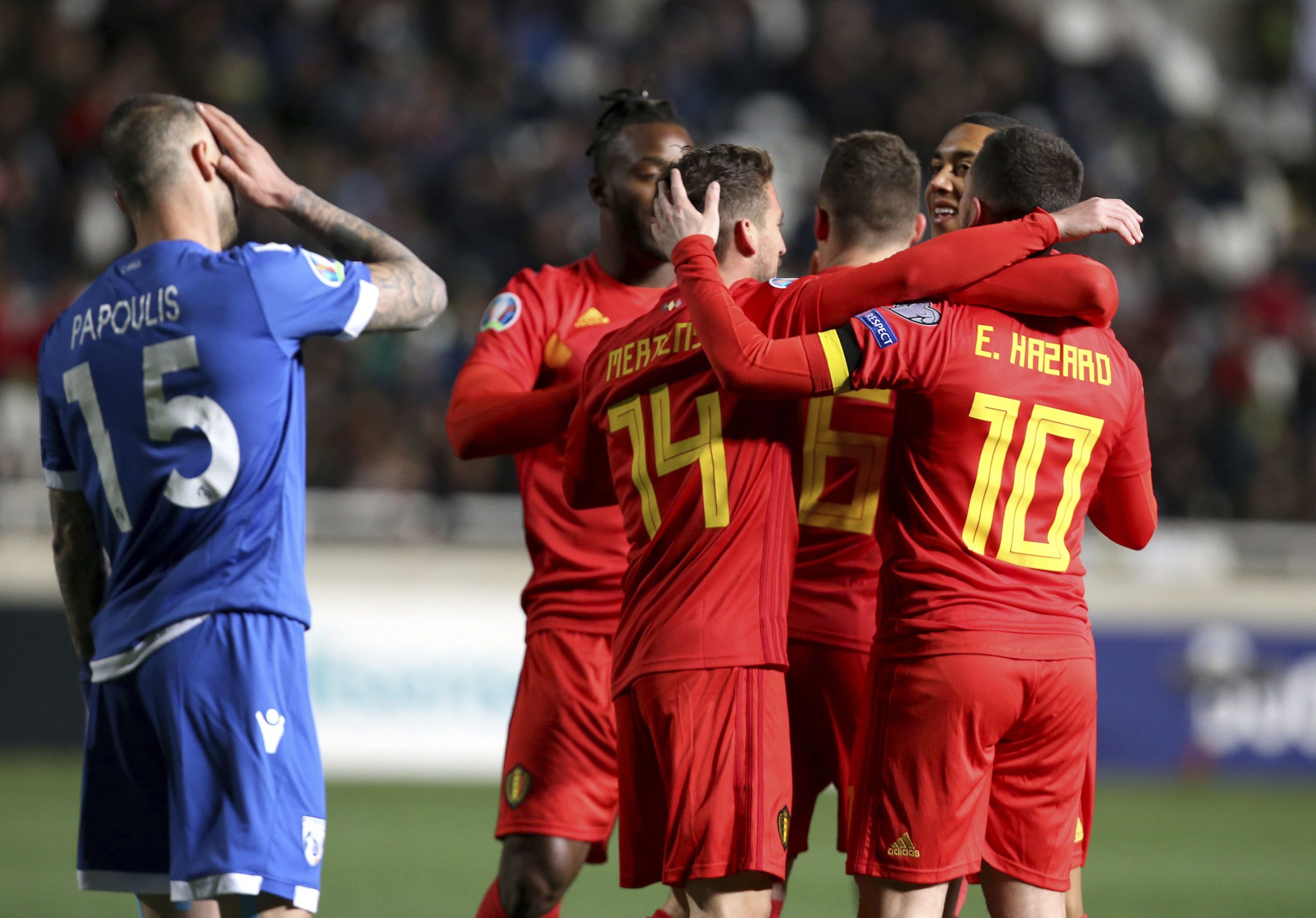 ANALYSIS AND PREDICTION FOR BELGIUM - CYPRUS

Belgium defeated Russia as a guest, which can only tell us what the class of the Red Devils is. Their loss from last year’s World Cup semifinals did not come easily. It could only be a lesson for the Belgians, who, if they were in the other pot, could easily have reached the final. As for their match with Russia, they started at a very high pace with the Hazard brothers at the middle of everything.

Cyprus did well and took points from weak teams in the group, namely San Marino and Kazakhstan. However, against Russia and Belgium they were awful and had no chance. They do not even have the motivation here, as it has long been clear that they have lost any chance of qualifying. In addition, Cyprus has very serious problems in their visits, in which they rarely make surprises.

Expert view : Traditionally, in these groups every prediction in a Belgium game, is for them. We do not expect the guests to score and the Red Devils will make some changes in the lineup, but this can only be positive, because some of the stars who did not play against Russia will now be fresh and will be giving their best in this match trying to break into the first team. Forecast – Belgium -2.5 AH at 1.57.