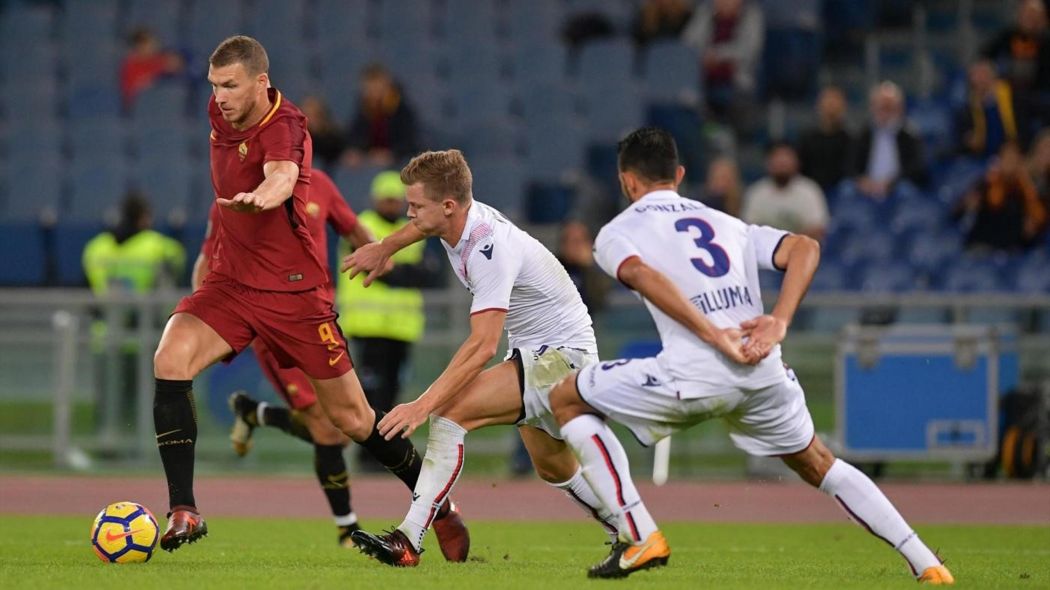 ANALYSIS AND PREDICTION FOR BOLOGNA - ROMA

Roma are in very weak form. Since they beat 0-1 Torino, they have recorded 2 draws and 3 losses. One of these losses was 2-1 with Benetveno in a friendly match, but still Roma have conceded 10 goals at least in the last official four games, which is quite a lot. The Roman wolves lost to Real M by 3-0 on Wednesday, which was expected. Against Milan and Atalanta they didn’t manage to win, too, but these teams were stronger rivals and Milan’s goal came in the late minutes. The biggest shock was against Chievo in the last round at Olympic Stadium, where Roma led 2-0 in the first half, but conceded two goals for 2-2. Of couse, they didn’t play so bad, but the result is all that matters. They are now absolutely obligated to take victory against a weak opponents. Roma have no strength to become champions, because Juventus are better than they are, but the top 4 is important for the team’s ranking in the Champions League and currently they are 2 points behind.

The situation of Bologna is not good, too. They are still waiting for their first goal since the start of the championship and have one point since the start of the season – 0-0 draw with Frosinone. Bologna were pretty close to relegation to Serie B last season, so now it is quite possible that this will happen if they continue at that pace. They are definitely one of the weakest teams in Serie A and the problems in their attack are affecting. You can not win a game if you do not score goals. Bologna have only 1 win in their last 16 Serie A games, which is also indicative.

Roma, either convincingly defeat Bologna or make a draw lately. Bologna’s last victory against Roma was in 2012. and before that, in 2004, and since then, there have been 20 games played between these two teams, most of which have been wins for Roma. Here the difference in classes is great. We are expecting a victory for Roma and this time and the odds for that is definitely worthwhile. This is our main prediction at 1.70. The other alternative to a bet is Roma over 1.5 goals at 1.77. The odds are quite similar. When selecting a mark and over 1.5 team goals with fairly similar odds, it is judged what is more likely to be in the end if the other option is not correct, namely the team to win by 1-0 or the match to finish 2-2 / 3-3 / 2-3 and so on. We do not think there will be any of these things now, and it is more logical for Roma to beat 2-0 / 3-0, but we still take into account Bologna’s extremely weak attack, so the better bet option here on paper is “2”.