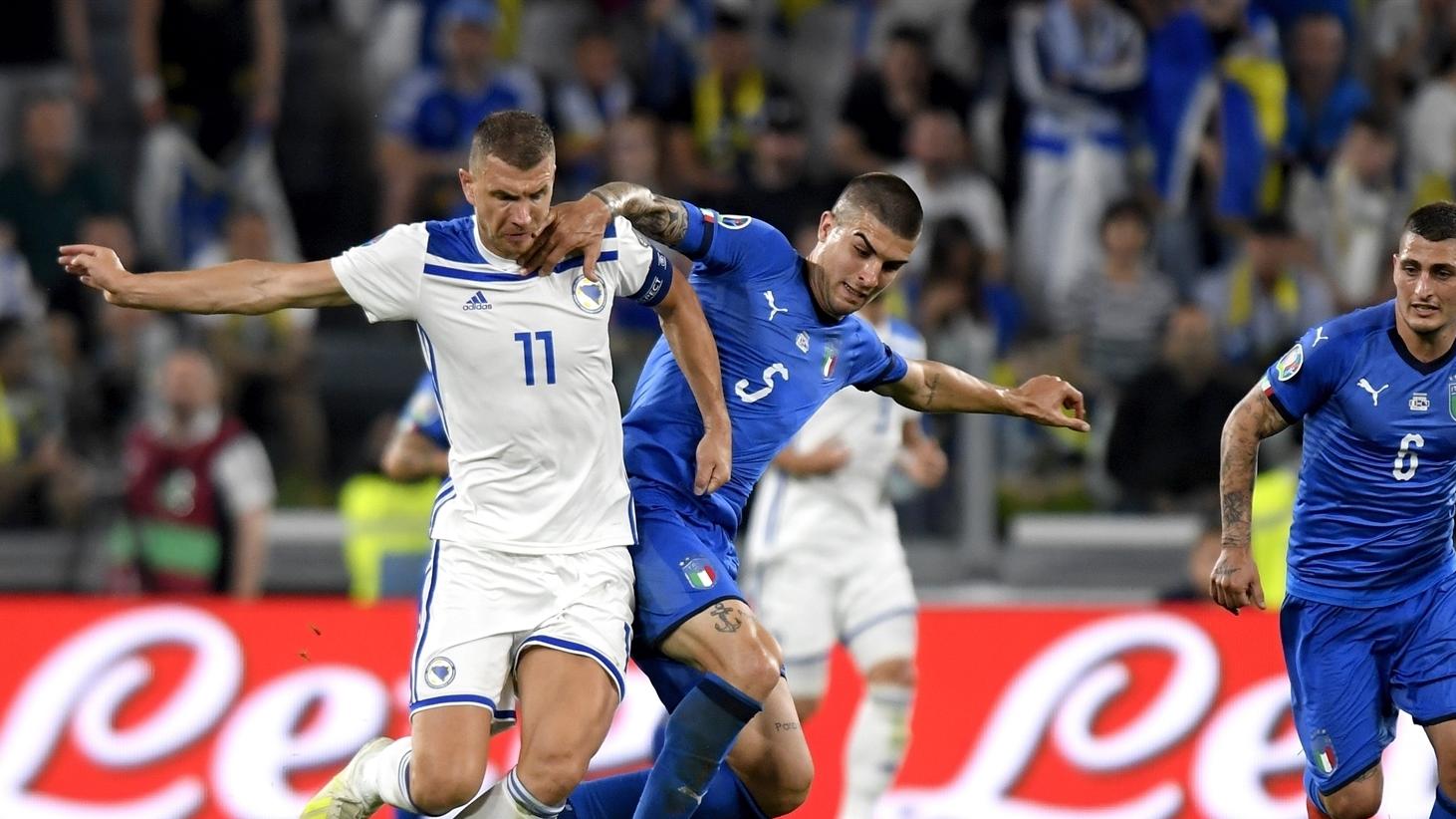 ANALYSIS AND PREDICTION FOR BOSNIA - ITALY

Bosnia failed completely in last game. They even failed to get the point of Greece’s visit. Of course, this would not help them much, but they would still not lose. Dzeko did not play in those two games then, and that made an impact. Interestingly, just before the loss to Greece, Bosnia broke Finland 4-1 at home and this could turn out to be a match that would turn the team’s fortunes in a positive direction. Now Finland need 2 points with 2 games remaining with Liechtenstein at home and away Greece to qualify.

Italy may end up with one of the few perfect assets in history. They currently have 24 points out of 24 possible. With 2 games remaining, they have the ability to collect 30 points and be sinless. For their 8 games they have only allowed 3 goals and have scored 25. 25 goals for 8 games are an average of more than 3 goals per game. All this after Italy did not qualify for the World Cup. That’s why Mancini was appointed, so now their mood is uplifted and they are very motivated.

Expert view : In practice, this match doesn’t really matter to Bosnia. They know very well that Finland will beat Liechtenstein. It would be a miracle if it didn’t happen. Accordingly, team morale must have fallen a lot, given that initially it was expected that Bosnia would be able to qualify for the euros before the groups start. Italy, on the other hand, are in a great boom and it is hard to find teams that can beat them at the moment. The Italians have qualified, but that doesn’t mean they don’t want to continue their great series. Squadra Azzurra are professionals and have a great desire to win every game. We bet on them Italy to win either half time at 1.66.

Italy have 8 straight wins in the groups