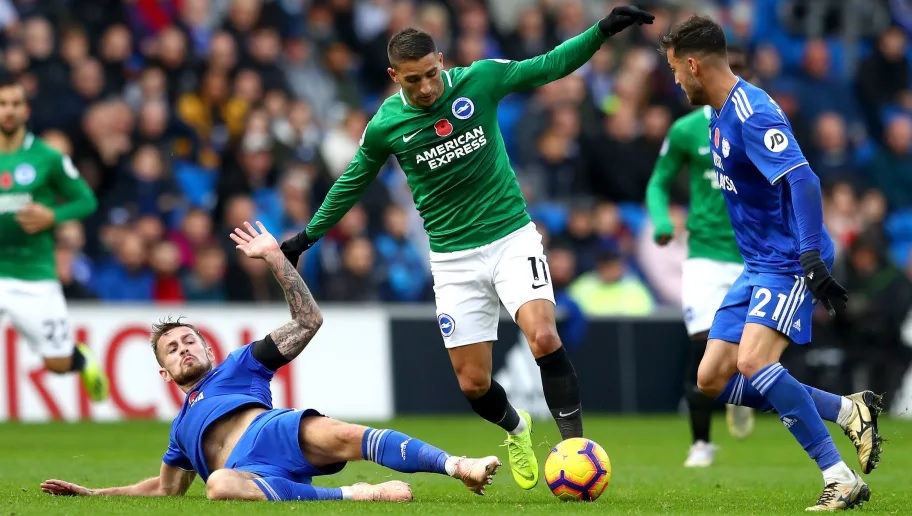 ANALYSIS AND PREDICTION FOR BRIGHTON - CARDIFF

Brighton lost disastrously from Bournemouth over the weekend with 0-5 at home, which was the heaviest result for the team this season. Chris Houghton himself said this was the worst performance of the seagulls since he in in the team. This match has to be quickly forgotten, because Brighton’s victory will make it almost 100% sure that they will survive, as Cardiff won’t be able to take 12 points to the end, when we’ll know they are with 8 behind Brighton, but the Birds have a match with Liverpool in the next round.

Cardiff themselves had a lot of claims to the referee once again, and perhaps rightfully, but that does not help them because their situation is tragic. They need nothing, but victory. We believe that draw is also not included because a difference of 5 points 4 rounds before the end after you have matches with Liverpool and Man United remains a huge difference, so it can safely be said that if Cardiff don’t win this match, the blue birds actually will get relegated.

Here it is extremely logical to look for the goals for a few main reasons. First of all, Cardiff has no stability in defense and concede goals easy, especially this is happening in their home games, and Brighton are strong in attack at home despite the weak match against Bournemouth. Moreover, the game itself is expected to be fairly open, as at this time of the season, teams that are in a similar situation just play football without thinking of anything else. We look forward to Cardiff because of Bright’s faint shape, and because Cardiff here has to play the game of their life. Prediction – BTTS at 1.97.