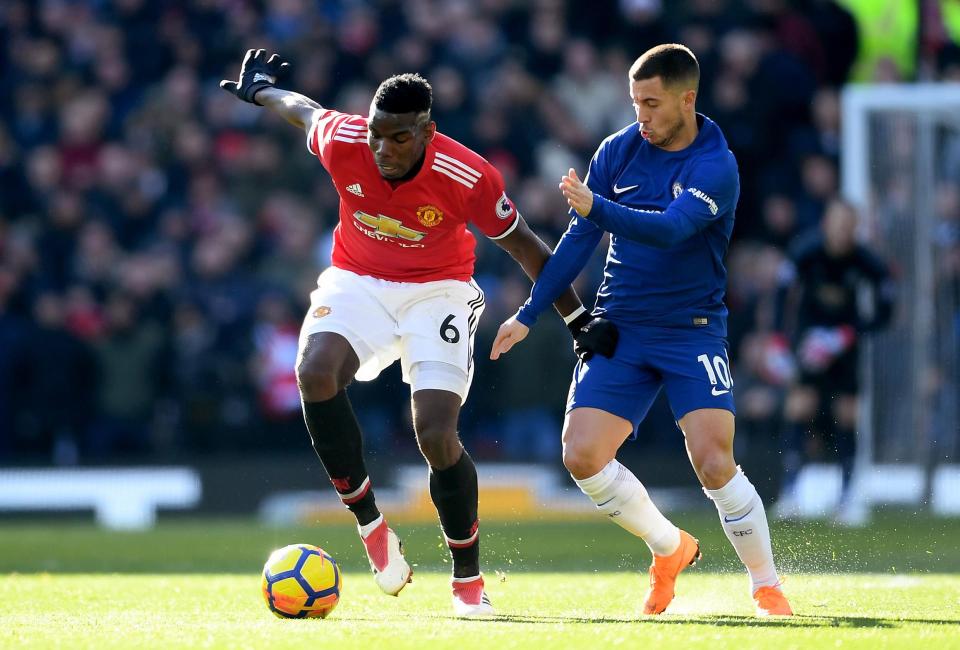 Chelsea continued their good series and in the last match they beat Southampton with 3-0 as a guest. Certainly, Sari’s team has begun to show a persistence and class in their game and this has somehow become a trend, when there is a new manager in this team. So did Conte 2 years ago, when the situation was different, but Chelsea got a long series of victories and eventually became champions. The current team is not much different than that. It was particularly impressive to note the Blues match with Liverpool, in which, although after the goal mostly Chelsea left the possession for the reds, they managed to close them in a wonderful way and if it was not for Sturridge’s masterpiece, they would have get the victory and on the counter could have scored another goal for 2-0 before that, when Hazard missed this great chance.

Manchester United made a notable comeback against Newcastle, but all the praises for the Red Devils ended here. Yes, they made a comeback against a Premier League team for a half time from 0-2 to 3-2, but in reality Newcastle played terribly in the 2nd half and looked like a surrendered team, even when they led and 2-0. United did not do anything very interesting either, nor can we say there is any improvement in this team at all. Mourinho was fined, because of the obscene language after the match, which only shows how great the pressure on his shoulders is. United won the Magpies, because of individual quality and because of a poor Newcastle performance. The Red Devils’ defense is kindly said weak and there is still no idea which is the pair of central defenders. They have only one clean sheet since the start of the season against Burnley, who were still playing in the Europa League and were in a bad form, when this game was played.

Apart from the form and the performance of the teams, Man U lose quite often at Stamford Bridge. Their stats are very bad, because in the last 7 games here they have 6 losses and only one goal scored. In addition, United’s last victory is since Ferguson’s time by 2-3 back in 2012, when Chelsea had 2 red cards and the 2nd one for Torres was very, very suspicious and undeserved. Chicharito later scored a goal after offside. Apart from this match, the previous success for the Red Devils in the Premier League at Stamford Bridge dates back to 2002. Even if Mourinho go for 0-0, as he usually does in such derbies, this is unlikely to happen, as Chelsea can easily take advantage of the defensive issues of Man U. Despite all, this is a very big match and this kind of games are not good for 1X2 bets. We do not think, however, that we will see 1-0 or 0-0. At least Man U score goals and missed to score only against Spurs, where Red Devils could have scored at least 2 so they are not bad in attack. Our prediction here is Chelsea over 1.5 goals at 1.72

Barkley and Rundegger are questionable