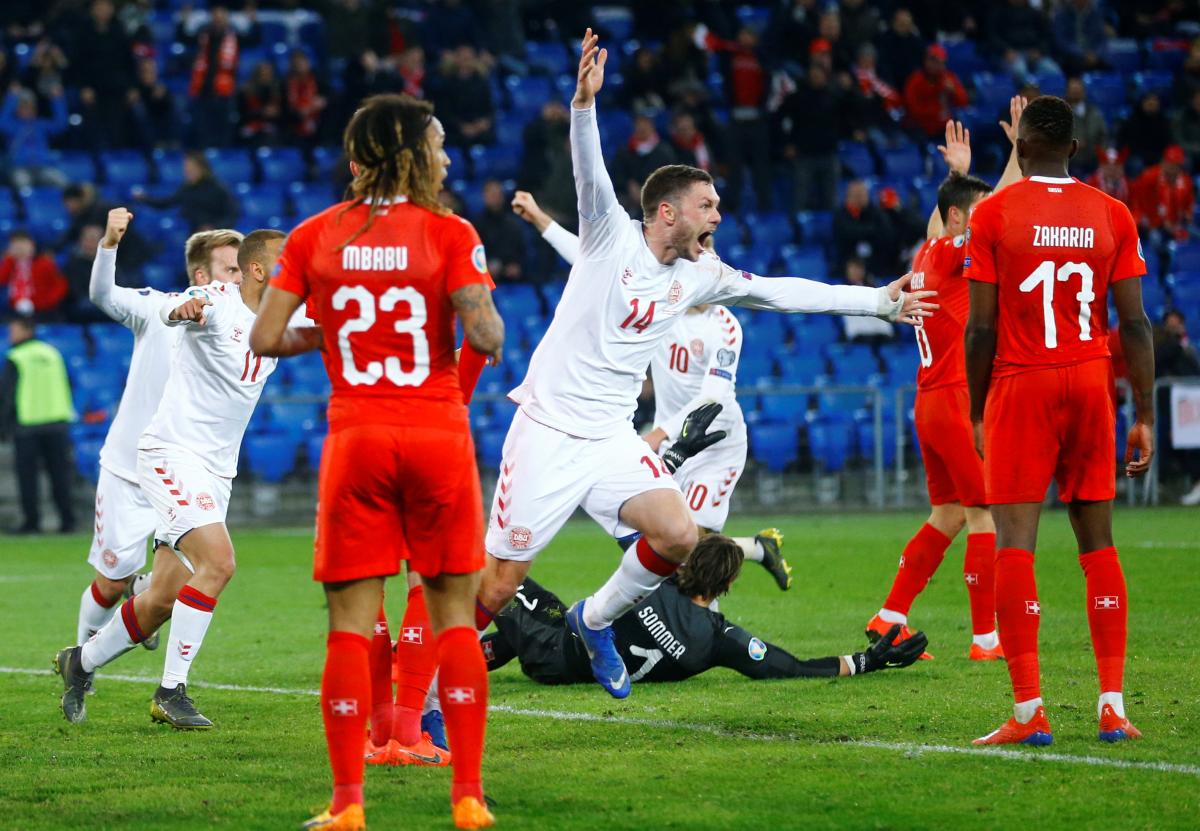 ANALYSIS AND PREDICTION FOR DENMARK - SWITZERLAND

Denmark will obviously have to go the hard way to get to the Euros. No one has planned such a performance from Ireland, who are 1st at the moment. All three teams vying for 1st place, including Switzerland, have not lost yet. They make draws with each other. Denmark took a very valuable and even great point with Switzerland as a guest because of the way it got there, but the big failures were against Ireland at home and against Georgia last round, where the Danes did not perform as expected.

It is important for the Swiss to win all 4 games with Georgia and Gibraltar. They have already completed half of this task. They also have a match with Ireland at home, which means they are very likely to win. They also have a match less than Denmark, so a draw here would be a good result for Switzerland. The truth is that this will be the toughest match for the Swiss until the end of the groups.

Expert view : These are the 2 teams with the strongest defenses in these groups. Both teams have huge respect for each other. Any mistake can be fatal in such meetings. No one wants the loss. We think that Denmark will push more for the win because they need it more, but under many conditions draw would not be as bad a result. Usually such matches are not particularly effective in the 1st half. Prediction – 1st Half – Draw at 2.00.