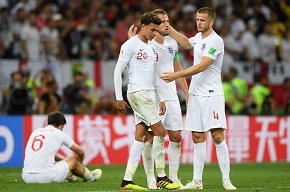 ANALYSIS AND PREDICTION FOR ENGLAND - CZECH

Many names dropped out of England squad at the last minute. Only a part of them are Loftus-Cheek, Alexander-Arnold, Delph, Shaw and Stones. This gives Chelsea’s talent, Hudson-Odoi, a chance once again. Sancho is also called. The Englishmen have done well in the League of Nations and will play playoffs, but that does not mean they will not give all of themselves the euro qualifiers, and England have traditionally no problems at this stage of the international tournaments.

The Czech Republic is not the same as it was before. The old team regularly participated in international forums and was a huge threat to many of the big teams. It is difficult at present to see class names in their composition as the only big name, from who is expected much, is the talent Patrick Schick, who is the main striker of Roma. The Czechs have failed to reach the first place in the League of Nations at the expense of Ukraine, so they now have to finish at least in second place.

It seems that Southgate knows what he is doing in this team and it is not a coincidence this 4th place in the World Cup. The team plays in a different way and the mental attitude is different. Let’s not forget the most important fact, and it is that England in recent years has absolutely no problems in qualifying as for the world qualification has 9 consecutive wins at Wembley, and for Euros qualifications are with 6 consecutive wins at home. We believe that they will not struggle against Czech, so prediction – England – Over 1.5 goals at 1.56.