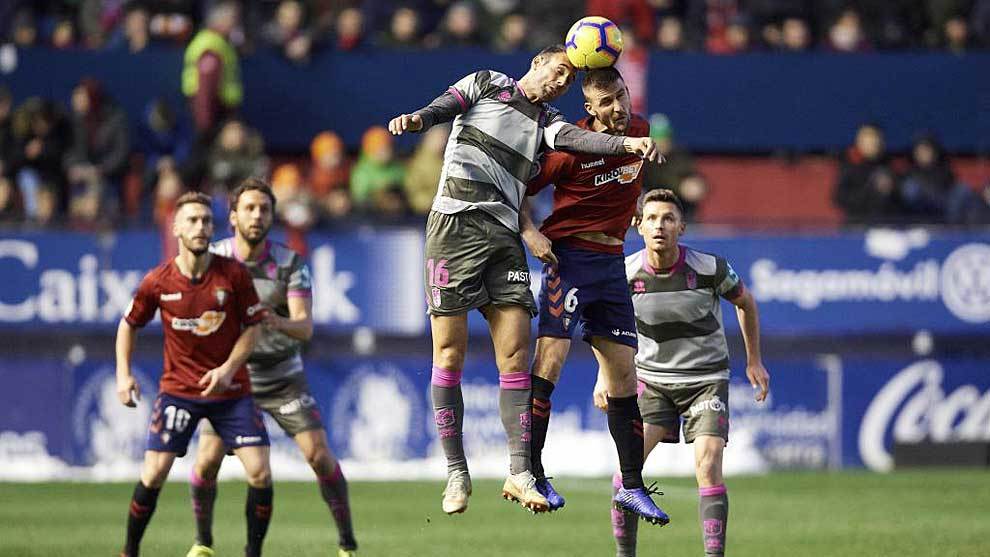 ANALYSIS AND PREDICTION FOR GRANADA - OSASUNA

Granada have been playing very good and compact since the start of the season. They are new, but in the summer they made sure they will be on good level and bought the right players. In addition, the team seems quite friendly and motivated, so it will be difficult to overcome by any team. Granada is one of the most effective teams in La Liga, and it has a serious character because it often manages to return to matches when it loses. Granada are weak on counter attack.

Osasuna are also new and play well. For now, they have only one loss and that is from Real Madrid as a guest. The problem with Osasuna is the draws, which are 5 so far. Osasuna have one of the strongest defenses in the league at the moment, but their attack is not particularly good. This results in low-scoring matches that seek out mockery and even outplay.

Expert view : Osasuna will most likely be defensive. Granada are unpredictable in their approaches to different teams. They have participated in all matches so far. The teams are equal, but we will bet on Granada because we think they just play better football and also host. They have only 2 losses since the start of the season – from Sevilla and from Real Madrid. Forecast – Granada 0.0 AH at 1.60.

Granada has no loss to Osasuna as a host in history