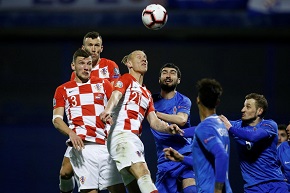 ANALYSIS AND PREDICTION FOR HUNGARY - CROATIA

Hungary began with a loss 0-2 their European March this season. Surely after the reforms in the team and the change of generations in recent years it is normal to have a decline and the transition to be reflected in some way in the otherwise great one time Hungarian team. At home, however, Hungary is in a series of four consecutive victories and with 2 goals scored in each of them. They will Now have the opportunity to take advantage of the fluctuations in Croatia.

The Chess players barely won Azerbaijan and even admitted a goal from this weak team in the last game. The Fact is that there was a lot of absences in the defense of Croatia, but their game was nothing special, and it seems that this gold generation is slowly starting to set. Of course, we must not forget that Croatia has a long-term strategy, and in the country there are many young talents, but currently the performance in the national team is noticeable decline after the world cup.

We Think the game won’t be too close. Croatia will attack and seek victory, and Hungary will try to take advantage of mistakes, which will surely have. Each of the last 4 games of Croatia finished in the format BTTS + over 2.5 goals, and Hungary, as we mentioned earlier, is a rather dangerous team in front positions as for their matches at home. The Hosts will mainly rely on their stars, who in total have scored 40 goals for the national team, namely Dzsudzsák and Szalay. Prediction – Over 2.0 – AGL on 1.59.