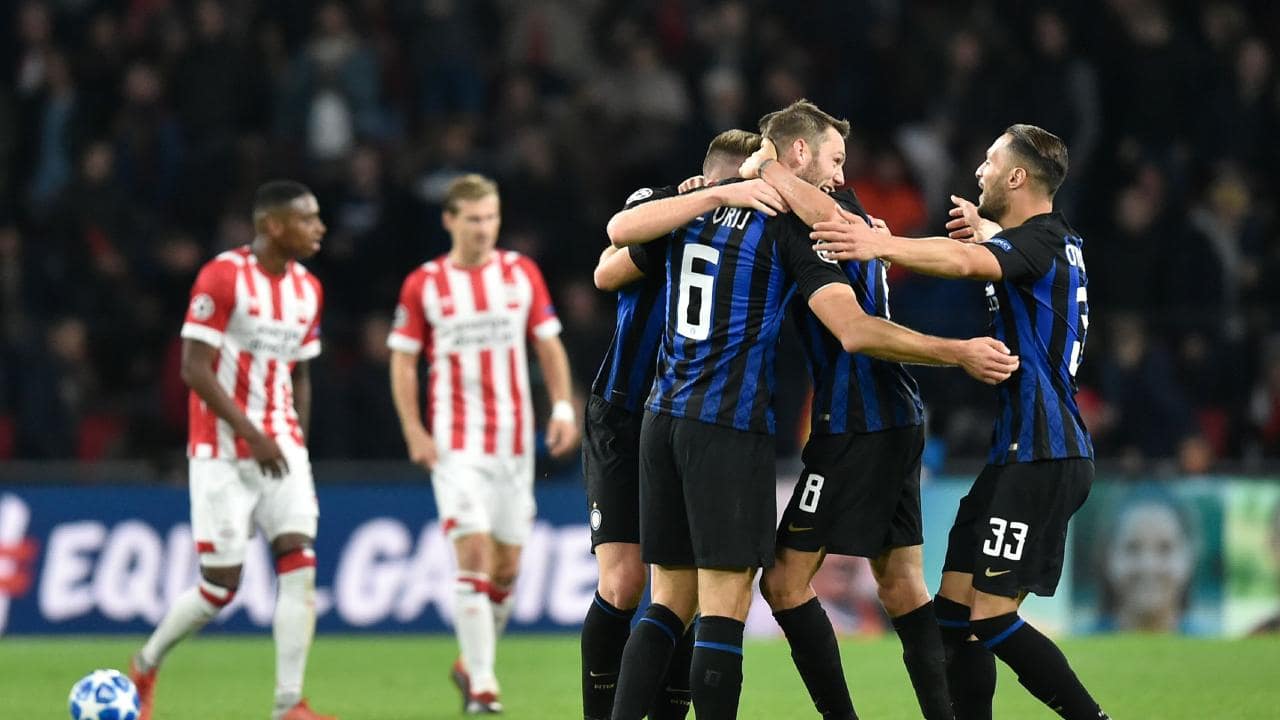 ANALYSIS AND PREDICTION FOR INTER - PSV

Inter lost 1-0 in their last match of the Champions League, which was a bad result for them. It would have been much better for them score a goal and if they had even fallen by 2-1, they could count on a better goal difference in their last game against PSV, whereas now if Tottenham defeat Barcelona in the other match, Inter have nothing to do, because they simply will not be able to qualify with the direct games against Tottenham in which Spurs have an away goal. Still, Inter must do what is up to them. They have not been in good shape lately, but have had heavy matches with rivals like Roma and Juventus. At home they perform strongly.

PSV has had some bad results lately as the lost at home for the Champions League against Barca, but also got beaten from Feyenoord by 2-1 in Eredivisie, showing that they are not invincible and yet there is an intrigue in the Dutch Championship. Obviously, they have no chance to qualify even for the Europa League after taking only 1 point at the end of the match vs Tottenham at home and will play here for their honor.

PSV will not defend themselves, but rather will continue their typical offensive football. For Inter, however, this is the match of the season for now, at least in the Champions League, so they will start to attack from the first minute. We expect a very open match with more goals. Something like 3-1 or 4-1 for Inter will not be a surprise. Our prediction here is Inter to score a goal in first half at 1.48. The alternative is Inter to score a goal in both halves at 1.82.