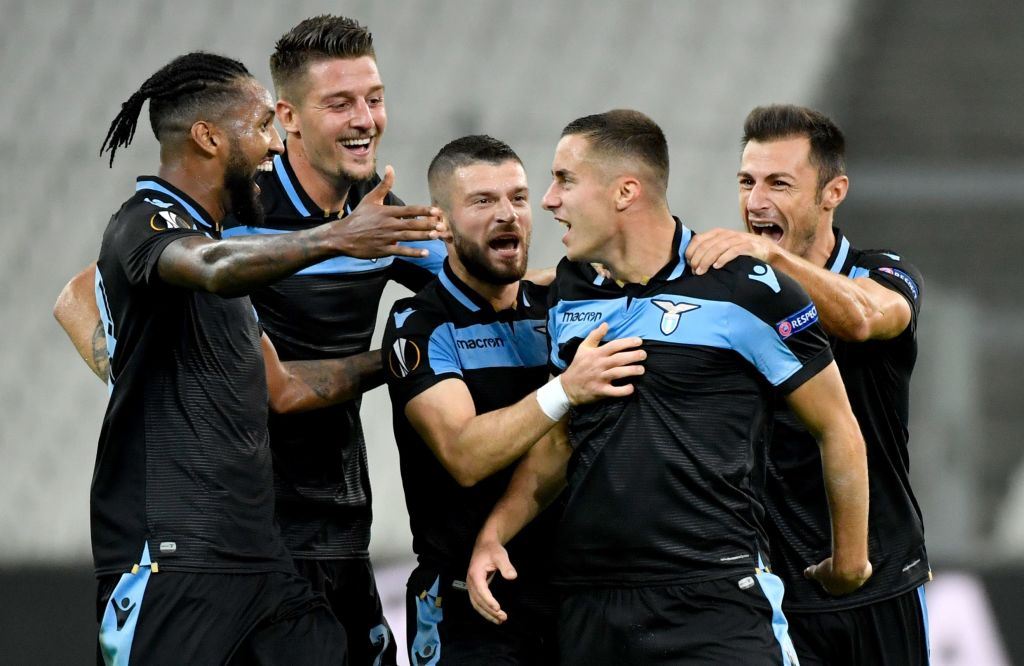 Lazio totally overplayed Marseille in the last match in France and beat them 3-1, showing that they will probably qualify in the next round of Europa League. Even the draw will be enough to get the second place, but if they win, they can look for the first place. Lazio plays seriously in this tournament and it was shown in the previous seasons, too. Moreover, the shape of the eagles is very good. They beat 4-1 SPAL in the last round in Italy, which held them in the top 4 in Serie A only 4 points behind the two top teams(except Juve) – Inter and Napoli. Lazio is doing well at home and score a huge number of goals, because they have world class attackers like Immobile, but recently lost to Inter with 0-3 in a game after which they should have made a lot of conclusions, because it is not often to see home loss of this team and there were already two of them since the start of the season, which came from Inter and Napoli.

Marseille, on the other hand, are in terrible form – 3 losses in a row. Not only that, but their defense is awful, this can be said especially after the last match against Montpellier. Marseille are in 6th place in Ligue 1 and have almost no chances to continue in the Europa League, but that, quite frankly, should be their smallest problem at the moment. They must urgently start winning games in the local championship and we expect them to concentrate entirely there, when they get eliminated from Europa League. Obviously, the final, which they achieved last year, will be just a memory in this tournament. Marseille have conceded a minimum of 2 goals in 7 of their last 8 away games in all competitions.

Lazio is a better team than Marseille. In addition, the match is in Italy and the hosts are in a much better shape and come out with another attitude. They defeated Marseille once and will probably do it again as it will not be just 1-0. We do not expect a particularly even match, but a dominance for Lazio. Prediction – Lazio over 1.5 goals at 1.57. If this odds is not enough, we offer you the alternative option for Lazio to win at 1.75