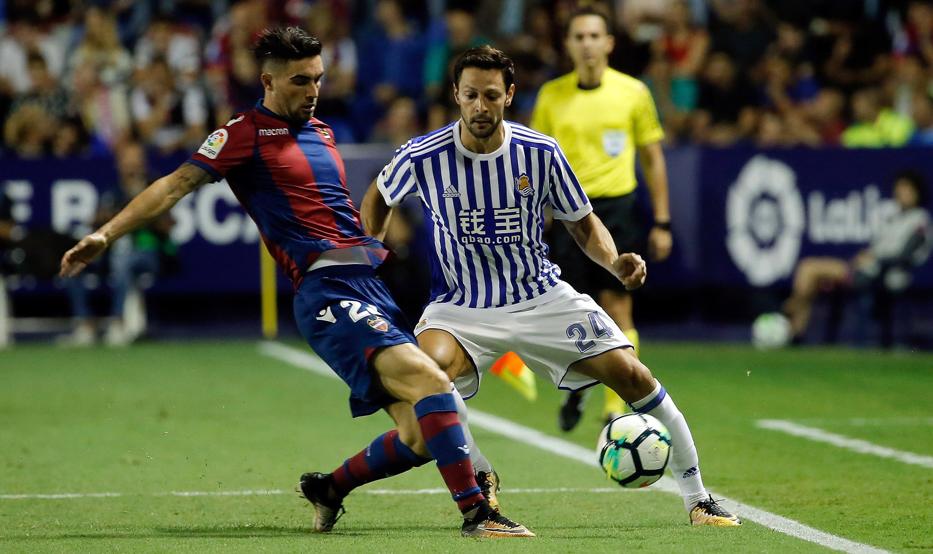 Levante is the team in form currently in La Liga. In fact, they have won the most points of all teams in the last 5 games, because they have 4 wins and 1 draw in them and all came after 4 losses and 1 draw since the beginning of the season. It should be noted that at home, Levante have scored a large number of goals in the league recently, but they also concede. They have scored at least 2 goals in 8 of their last 10 home games, but have only 2 clean sheets in their last 14 home games. If they succeed in today’s match, they will replace Real Madrid in the table, which will put them into top 6. Due to the weak form of teams like Real Madrid, Villareal, Valencia and Bilbao, team like Espanyol, Alaves, Valladolid and Levante came out on the stage and this really shows how strong and competitive La Liga has become.

Real Sociedad did not win again and made a second straight draw at home this time against Sevilla. The match was even, but the top scorer for guest André Silva was absent. It is no secret that in their visits, Real Sociedad have shown another face since the beginning of the season and their away games are much more interesting, dynamic and effective. All of Sociedad’s victories have come in their away fixtures and some key players are now coming back for them, so they are extremely motivated and ready to take the victory that put them 5-6 places above. However, Real Sociedad has only 1 clean sheet as a guest in the last 16 games.

Last year Levante and Sociedad exchanged two 3-0 home wins, but before that Levante had no win over this rival since 2012. The visitors are able to take the ball from the opponent in their half and thus make quick attacks, but Levante often scores goals from an opponent’s mistakes. Sociedad will most likely dominate the air duels and it is quite possible to see again a large number of cards in another nervous game from La Liga. However, we expect a new exciting goal show and our main prediction is BTTS at 1.65. Both teams are good enough to score at least 1 goal against their opponent.