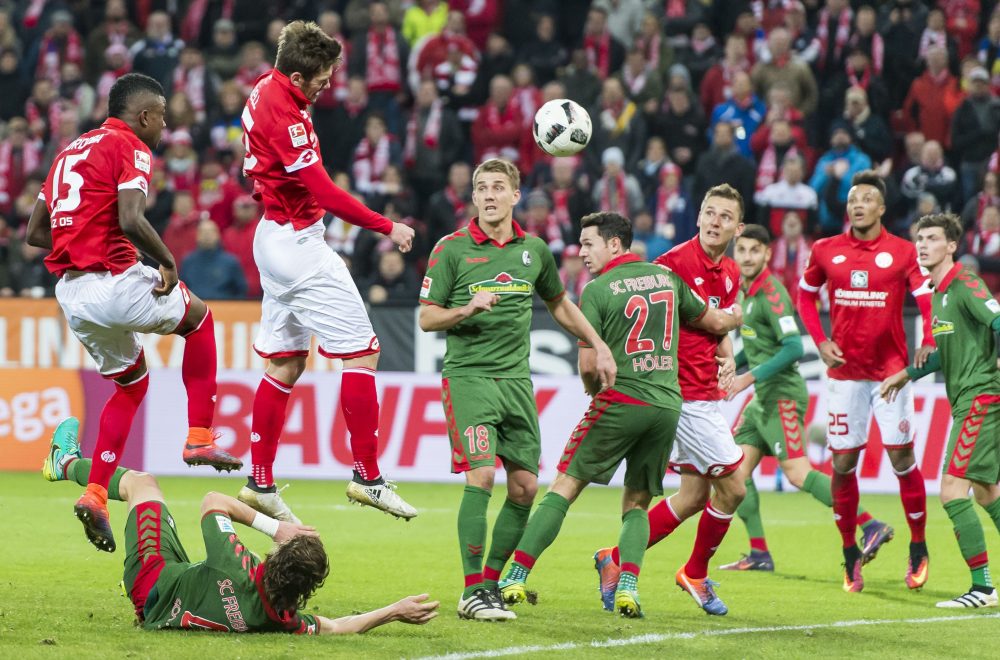 ANALYSIS AND PREDICTION FOR MAINZ - FREIBURG

The two teams are in a fairly similar situation in the league at the moment. They are far from the danger zone and are just waiting for the season to end, although Mainz has entered a bad shape while Freiburg did something unique – 1-1 with Bayern in the last round and this only made one loss in their last 4 games. Mainz, however, are very strong hosts and fans will help them again.

Freiburg, on the other hand, have problems with a lot of injured footballers and they have not been successful at all in their visits. Their defense is weak and they have conceded a goal in 10 of their last 11 matches in all competitions. It seems, though, that the team at Freiburg has the greatest balance compared all the teams around it. The very structure of the game there is strongly expressed.

We expect a very even clash, but we think Mainz will finally win after so many losses. This is a great chance for them to achieve it, at least for self – esteem. Let’s not forget, however, that Mainz played with teams like Bayern, Gladbach and Werder in the last rounds. Besides, Freiburg has only two victories as a guest in the history against Mainz. Prediction – Mainz 0.0 Asian Handicap at 1.60.