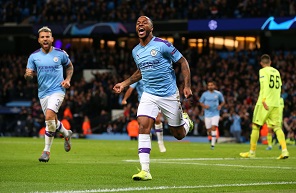 Manchester City recovered quickly and as expected against Palace after the big loss to Wolverhampton. The citizens scored two quick goals vs Palace and then did not give the Eagles a chance and the second half could have made the result even bigger. Good news came for City the next day after Liverpool lost their first points in the Championship. Guardiola stated that he did not watch the derby at all because he did not have time, since he began to analyze Atalanta immediately after the match with Palace, something typical of the Spanish specialist.

The Atalanta practically missed their good chance in these Champions League groups, so now they’re gonna have to “chase the wild”. If they record two losses to City in the next 2 games they will certainly not qualify ahead, and it would very likely not reach the third place, which qualifies for the Europa League. However, it must be admitted to Atalanta that they do not cheat on their style. This team plays very solid on offense but lacks experience in the Champions League groups. It seems that in Serie A, Atalanta will once again fight with the price of everything to get into the top four and establish themselves there.

Expert view : City are goal-scoring machines and since de Bruyne returned we have no doubt that the citizens will show their skills. Atalanta, for their part, has nothing to lose and we think they will try to surprise City and Guardiola in some way. The guests are unlikely to close completely. In any case, we do not rule out a goal for them against the background of their play at the moment, but given that they have allowed 4 goals from Dynamo Zagreb, what can City do to them if they play at 100%? Prediction – Over 3.5 goals at 1.80.