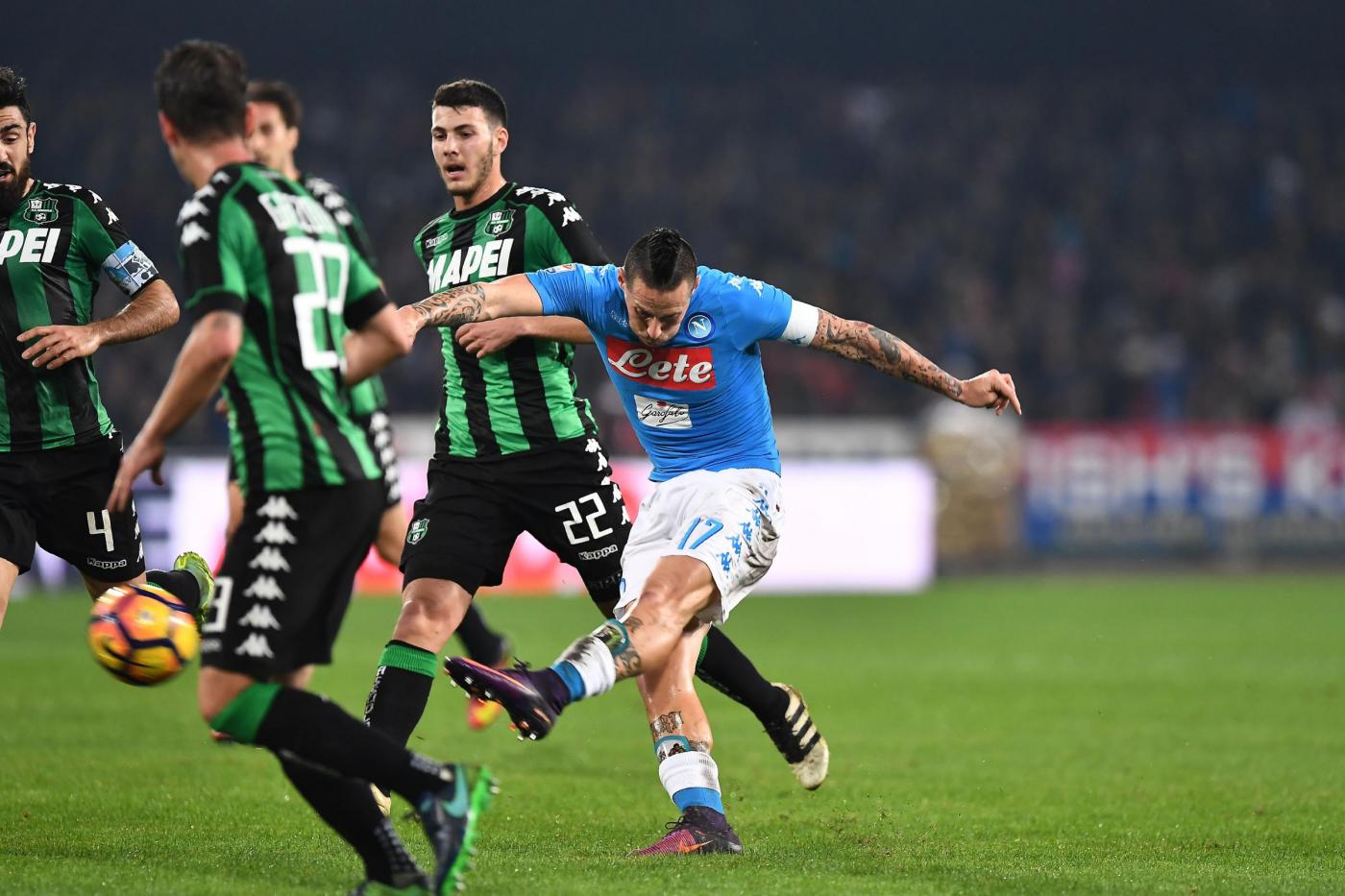 ANALYSIS AND PREDICTION FOR NAPOLI - SASSUOLO

Napoli played great against Liverpool and at the end deservedly won 1-0 in the last minute. It was a sweet victory for the Neapolitans and they are already in the first place in their group in the Champions League. In the last Serie A game, however, they lost to Juventus with 3-1 as a guest. Napoli have only wins in the league and two losses as a guest. At home they are very stable. In the last 27 homegames, they have only 2 losses in Serie A. They also score many goals. We rarely see a match in which Napoli can not score. Carlo Ancelotti wants to try to fight for the title. Juventus yesterday won vs. Udinese, so if Napoli does not win, the difference will be serious.

Sassuolo are also in good shape. They only lost Juventus and Milan in the last round for the entire season so far. However, their defense game is not particularly good. Only 2 clean sheets since the start of the season but have no match in which they did not score. They are currently in 5th place with 13 points and things look good. This is a match against top team for Sassuolo, but in the following rounds they have games with opponents with lower class, except for Lazio, so even if they do not get something out here, it will not be fatal to them.

Napoli and Sassuolo always score many goals. In the last 6 games between them both teams scored at least 1 goal. Now we can expect the same thing. Napoli are gaining momentum and victory is required here. Napoli will attack all the time and Sassuolo’s defense will hardly survive. Our prediction is Napoli to score in both halves at 1.85

Rui is injured for Napoli