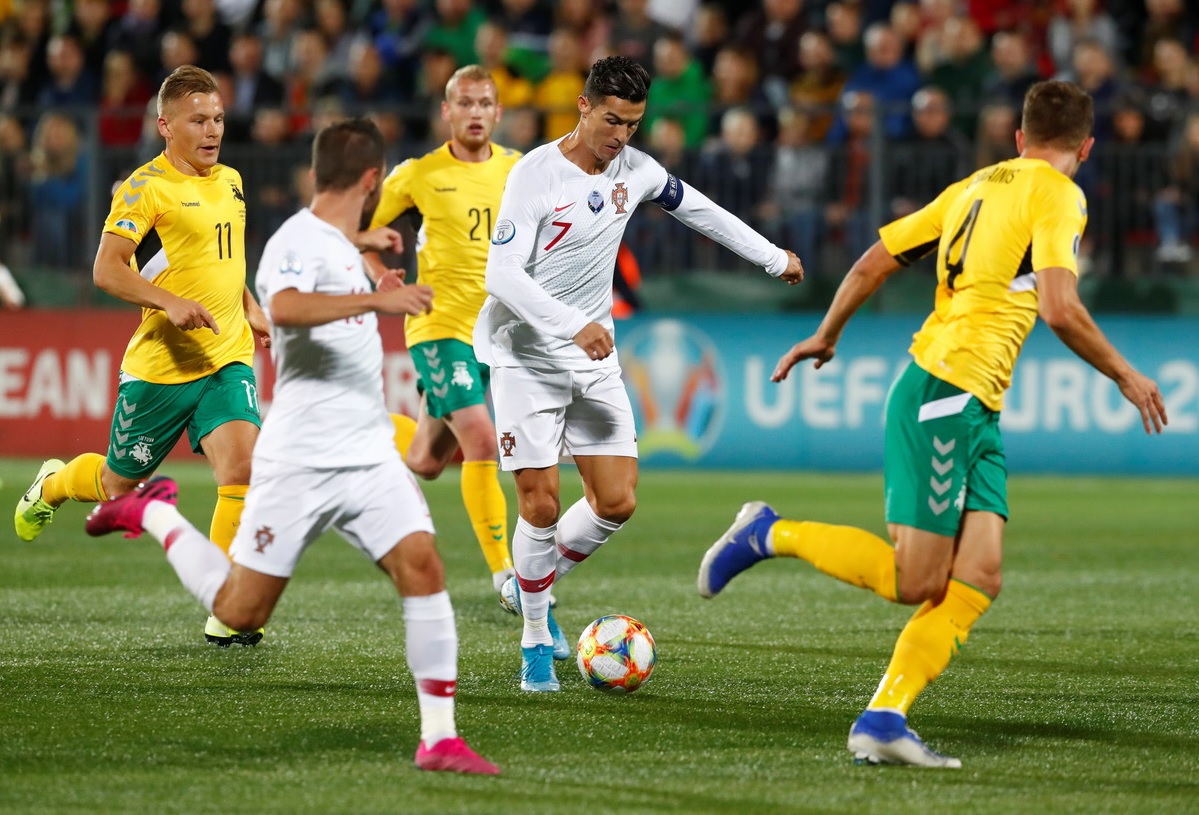 ANALYSIS AND PREDICTION FOR PORTUGAL - LITHUANIA

Ukraine shocked the Portuguese in last game and beat them 2-1. So the Ukrainians qualified for the Euros and the current European champion remained in second place and practically has to win his next 2 games if he wants to qualify, as Serbia are only 1 point behind them. Portugal said they were confident they would qualify and would not allow surprises. Ronaldo will lead the team in his 163rd game for his country.

Lithuania was quite disappointed in these groups. No one expected any surprises against the strong teams, but they did not do well in their games with Luxembourg, against who only got one point. Unlike other teams in their lineup, such as Luxembourg, Faroe Islands, etc. Lithuania has not progressed in recent years. This team doesn’t have a single top player in the lineup.

Expert view : The Portuguese will come up with a very strong squad. Ronaldo is not in his best form at the moment, but he has done relatively well in recent games for his country. Bernardo Silva will also play a huge role in this match. Everything is on the home side here. They have a strong motivation in the meeting, and Lithuania is fighting for nothing. In addition, the class and the advantage of playing for their own fans is to Portugal’s benefit. We expect a big win for the European champions. Prediction – Portugal -3.0 AH at 1.52.