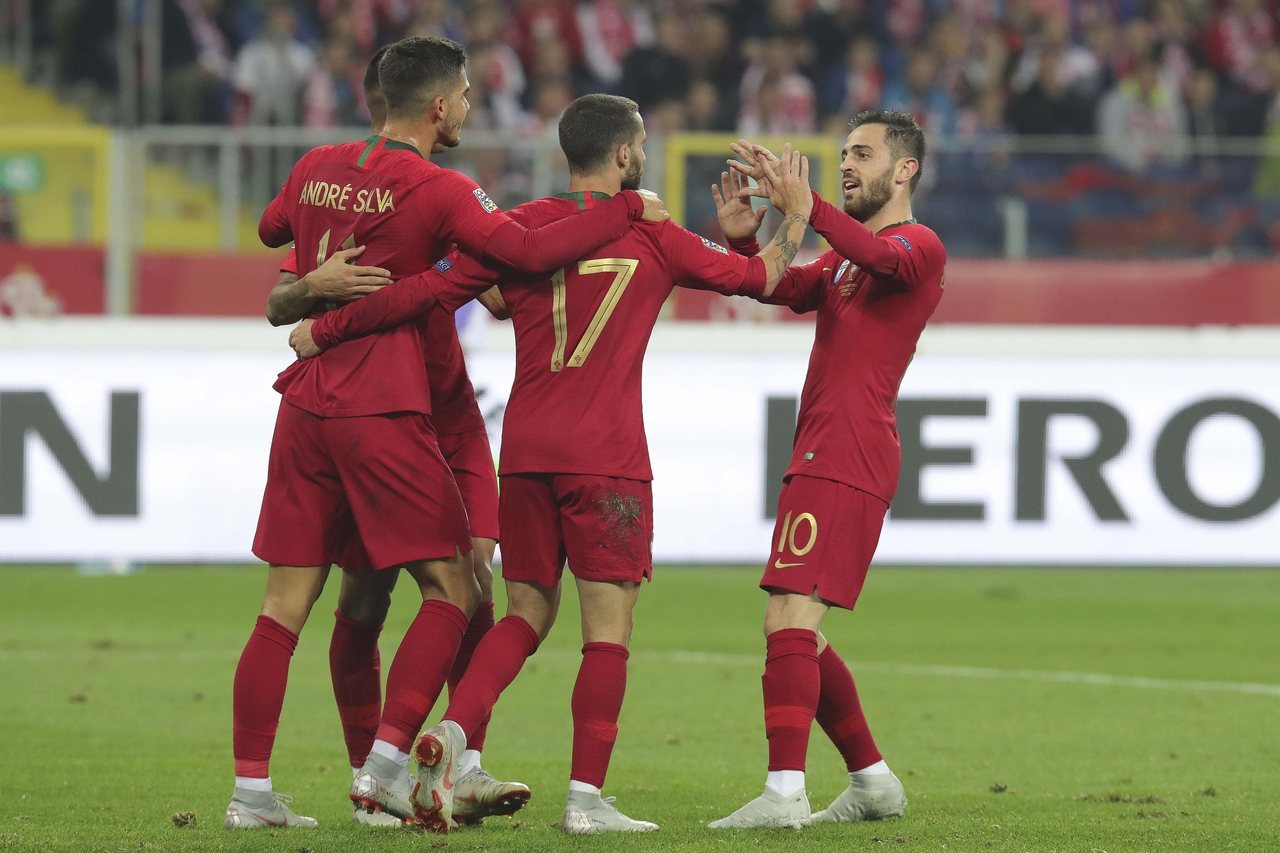 ANALYSIS AND PREDICTION FOR PORTUGAL - POLAND

Portugal got a zero-zero draw in Italy a few days ago and so managed to get first in their group. Now they will play playoffs next year. This was a good success for the Portuguese and everything was achieved without the big Cristiano. Now they have a match with Poland in which they will be able to give a rest to part of their first team players and to play more freely and spectacularly. In their last 32 games Portugal has only 3 losses, 2 of which were in friendly matches and 1 against Uruguay in the World Cup. Their last loss in an official home game was in 2014 from Albania.

Poland lost to the Czech Republic with 0-1 a few days ago in friendly match and once again we saw their weak form. Since the start of the World Cup, they have played 8 games in which they have won only 1 win – against Japan in their last World Cup match. As guests, however, the Poles have done much better lately. They have only 1 loss from their last 7 away games and have not been able to score only one time. Poland scored against both Italy and Portugal, but in their last match in the group they lost 0-1 against the Italians in the last minute. However, they created a couple of 100% chances where, if they had scored, they could now compete for the first place in the group.

In only 3 of the 12 matches between Portugal and Poland there were less than two goals. This game will be played for pleasure and will be more open. The last time we saw 5 goals in this match and now we expect at least 3. Our prediction is the Over 2.0 goals AH at 1.59. Our alternative one is BTTS at 2.00. Lewandowski, Milic and Zielinski are avalilable, so it will not be a surprise if guests get a goal.