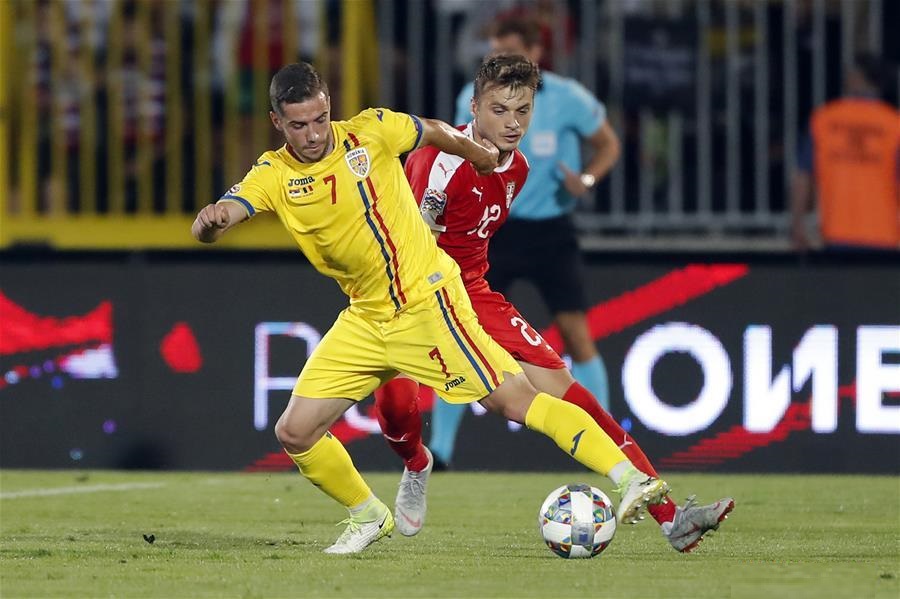 ANALYSIS AND PREDICTION FOR ROMANIA - SERBIA

The battle in Group 4 of League C is very tight at the moment. Montenegro lost their match with Serbia, but they still have real chances of getting first if they beat Lithuania and see a good result in this match. The Serbs are without some important players in the midfield and in defense, but Mitrovic continues to score goal after goal. Romania got lucky enough after leading 1-0 entire game in Lithuania and finally letting them to equalize at the last minute, but showed a great character and scored a new goal immediately afterwards and so they won. This victory should give them a great deal of self-esteem and the Romanians are already in a series of 7 consecutive games without losing and as overall have only one loss in the last 11 games.

Serbia continues the good form of the world cup and given that they managed to defeat Montenegro without even conceding a goal as a guest in a hard Balkan derby without some major players shows that they really have class and character. Now, however, it will be even harder for them, because Romania is a stronger team than Montenegro and Serbs have spent a lot of energy, mental and physical, in the game a few days ago. However, the defense of the Romanians is not so impressive and this has been proved in the last match, so Serbia rarely misses to score, especially lately, given that Mitrovic is in such a form.

This is probably the strongest group in this league and the teams here are clear that whoever gets first place is very likely to get to the final and win it and qualify for the European Championship in 2 years time. In the last match, Serbia and Romania finished 2-2. In 2009, they also played 2 games in which Serbia won 5-0 and 2-3 for World Cup qualifiers. Now the Romanian team is missing some important players, even from the previous match with Lithuania and the Serbs, as was the case earlier, also have abscentes. It is possible for Serbia to come out for X, but we think that the match will not be so closed and there will be good chances for both. In case of early goal it will be extremely interesting. Serbia is even given a favorite, but the odds for “2” are rising. Our prediction is BTTS at 1.95.

In Midfield Romania is missing Pintilii, while Budescu (12/5), Anton (6/0) and Chipciu (39/5) are injured and suspended since the last match. Also Chiriches, Grigore and Mtoi are missing

Kolarov, Tosic, Milivojevic, Ljajic and Nastasic are out