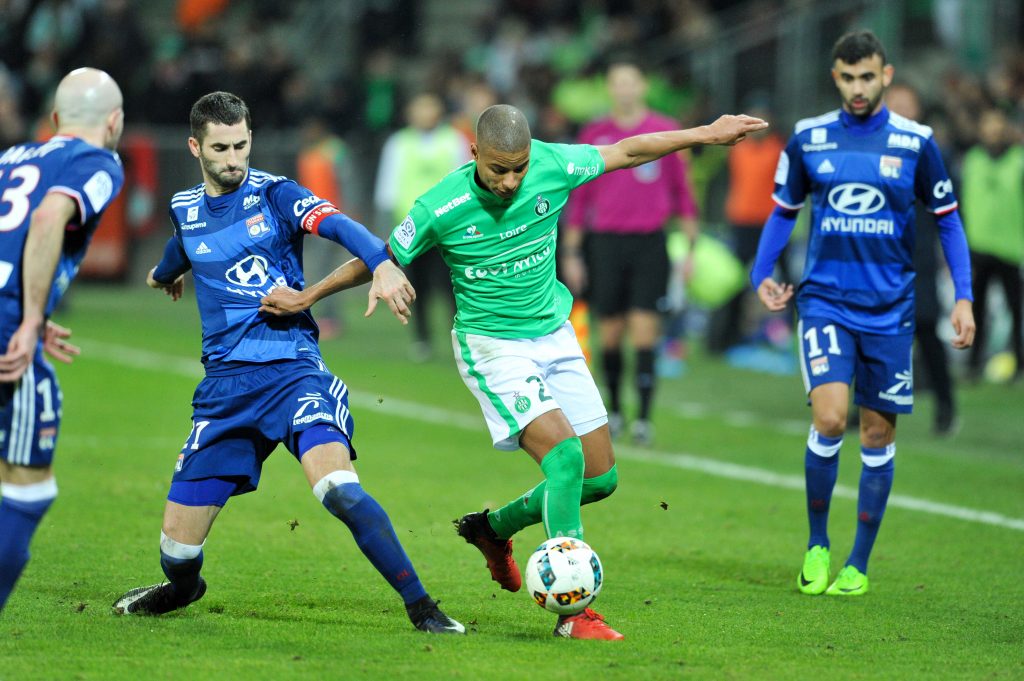 Saint Etienne made a spectacular comeback against Marseille in the midweek, while their current rival, Lyon, failed again vs Toulouse, so the greens are now alone in third place and keep their great record without losing a home game. Khazri is the big hero of Saint Etienne. He scored 12 goals for the first time in Ligue 1 in one season and 5 of them came in the last four games. The Tunisian got a penalty that he scored and then scored a phenomenal goal to bring the 3 points to St. Etienne against Marseille.

Lyon is already out of the top 3 after 3 consecutive draws, so they have no right to lose this game. Kids go out for victory, but there’s no reason why there are periods in games, where they just stop playing. Specifically in the last they were losing 2-0 against Toulouse and just then returned 1 quick goal, after which dominated game till the end of the match. Fekir is not in shape, but scored a great free kick. Lyon still have no loss in a match, which they have scored a goal in the league this season.

The shape of St. Etienne is obviously better and play at home, so they are favorites in the match. With Lyon’s weak defense, we certainly expect at least one goals in their net. They, however, destroyed St. Etienne last season with 5-0 at this stadium. We expect them to play better in this, as their attitude should be different and try to win it. Prediction BTTS at 1.60