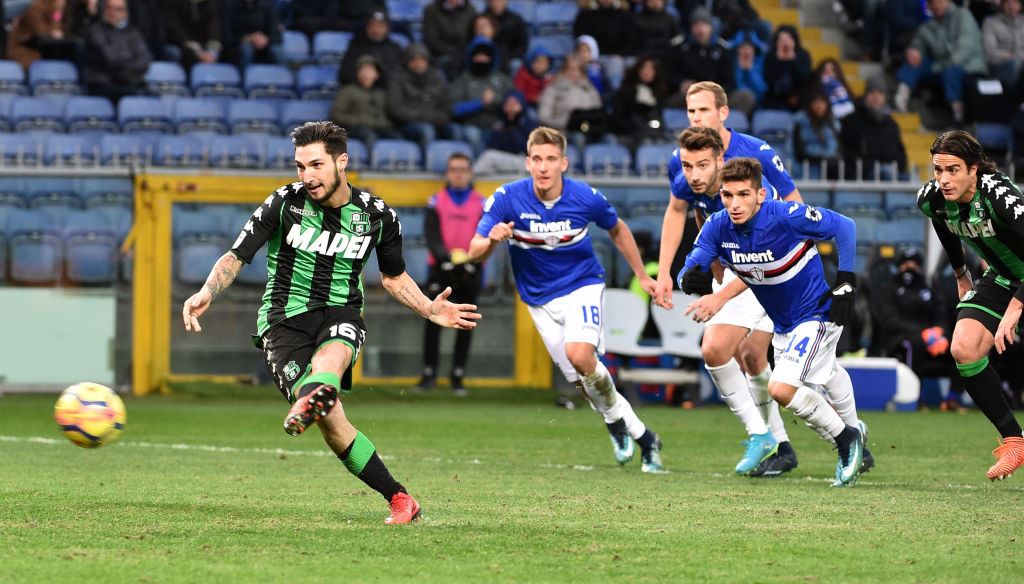 ANALYSIS AND PREDICTION FOR SAMPDORIA - SASSUOLO

Giampaolo’s Sampdoria enjoy an excellent moment of shape, certainly thanks to the solidity of the team they have shown lately. The hosts currently have 14 points in the standings and are in 5th place in the company of Roma with only 4 goals conceded, which means they have the best defense in the Serie A Championship at paper, even better than that of the leader Juventus . Sampdoria recorded two consecutive wins in the league and the last came at Bergamo against Atalanta with 1:0.

Sassuolo, on the other hand, still have a good position in the standings, but their serious decline is evident in recent matches, the De Zerbi’s team have currently 13 points, but lost last two games and in the last round the defeat was against Napoli at San Paolo by 2-0, which came before the half time. Unlike Samp, however, visitors suffered a lot of defensive problems, because they have already conceded 14 goals. The recovered Saponara returns for the hosts and must be part of the group for this fixture. Defender, Regini, is still out of the pitch, because of the knee problem. Since Rogerio and Federico Pelusso are not available for the guests, Ferrari will be on the right side of the defense. There are also huge doubts about Boateng, as well as about Duncan and Burabia in the midfield.

It seems that Sassuolo has an advantage in direct matches, but in this case it is important to note that the hosts are the team with a more serious class and in a much better position specifically for this match. Their actual goal this season is a place in the top 7 minimum to try to enter Europe League. Now is the best time to meet Sasuolo. We think Sampdoria’s chance to lose this game is minimal. Our Prediction is “Sampdoria 0.0 AH / Sampdoria 1 DNB” at 1.60. In the event of a draw, the bet is returned, but it is sure that everything here tends to win for the hosts who have already beaten Napoli a few weeks ago at this stadium with 3-0