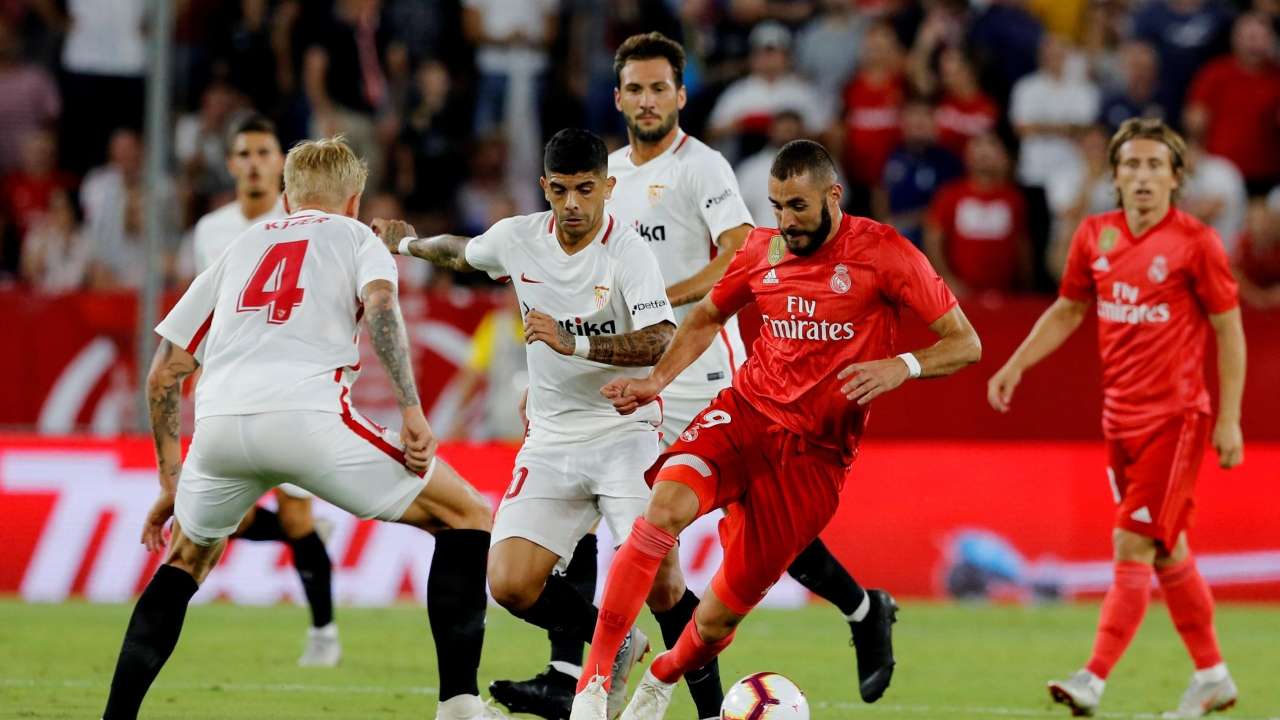 Sevilla is investing well this summer and progress is on. Another win at 0 for the team, so they already have 3 straight wins at 0 outside the home since the start of the season. That is to say the least impressive. Just by comparison, last season Sevilla had only 5 wins all season as a guest, keeping only 2 clean sheets in them. In their only home game, they made it 1-1 with Celta. Will their problems be home this season?

Real Madrid were tragic against PSG in the Champions League. Critics about Zidane just didn’t stop after the match. Hazard is totally out of shape. New additions to the defense play poorly and do not fit in well. In the middle without Modric, the situation is bad. Bale tried, but never showed anything, and Benzema was completely depersonalized. The situation is a little better in the league, but it is obvious that Real Madrid is no better than last season, and this is extremely bad news.

Expert view : Last year, Sevilla defeated Real Madrid 3-0 at home. We very much hope that this does not happen again because of our prediction. We are sure Sevilla will score. They’ll probably score 2 or more and maybe win again. We hope that Los Blancos will somehow react and score at least this time. We are used to thinking that this is not this Real Madrid from the years when they won the Champions League every season. Now the situation is much different and the name of the team does not help. We remember that even in those years, Real M had some problems at some times of the season, but then they had Cristiano Ronaldo, and now they don’t. Prediction – BTTS and Over 2.5 Goals 1.72.

In 6 of Sevilla’s last 7 home games against Real M, there have been BTTS and over 2.5 goals