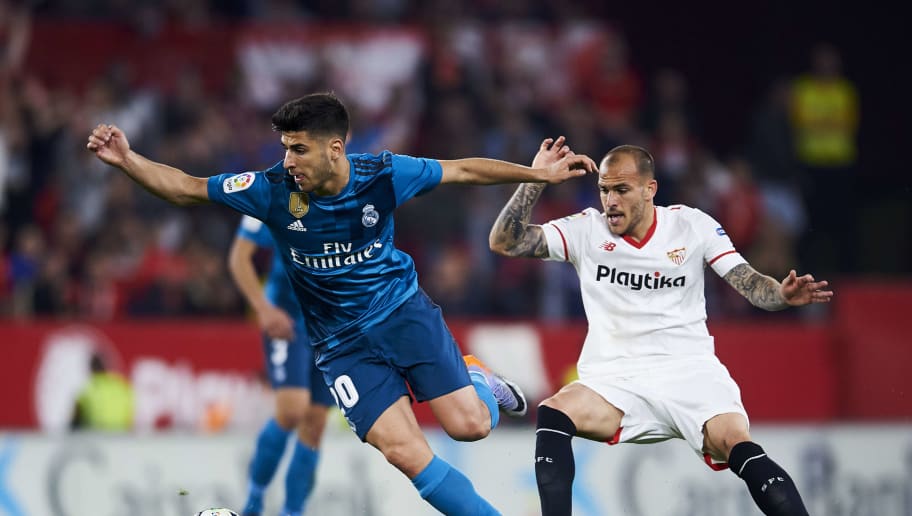 Sevilla are hesitant lately and can not find the good shape either at home or at their visits. This can be due to many factors, but the beginning of the seasons is not always easy for all teams. They also have matches in the Europa League. However, with one victory here against Real M, they can enter the top 4 in the standings, which is not bad. Sevilla bought some good players in the summer and their home shape is comparatively good. We can rarely see Sevilla not to score goals here last few seasons and, in general, they make it hard for every rival at this stadium. In the last two games, Sevilla played good and smashed Standard Liege (5-1) and Levante (2-6).

Real Madrid play good football and for now they are doing very well with 4 wins and 1 draw. Besides, Los Blancos defeated Roma in the Champions League, so there are no reasons for worry at the Royal Club. The last loss in a official match, however, came from Sevilla last season, although it was at the end of the season. Real M can easily deal with weaker rivals, but teams like Sevilla, Villarreal, Athletic Bilbao, Sociedad and so on are the teams that can always stumble the big ones, so they certainly know that they are waiting for a pretty heavy fight.

Sevilla and Real M mean a show at least as give the example of the last years. When playing Sanchez Pizjuan, these two teams have scored 48 goals in the last 9 games. Even only in gameplay, beside from statistics, it’s quite normal to see goals, because of the styles of both teams. At the very least, there is a serious dose of risk in their game and they have fast, direct and effective footballers. Here we give as a prediction BTTS + over 2.5 goals at 1.72.

Mercado (D), Escudero (D) and Gonalons (M) are out

Carvajal and Isco are injured