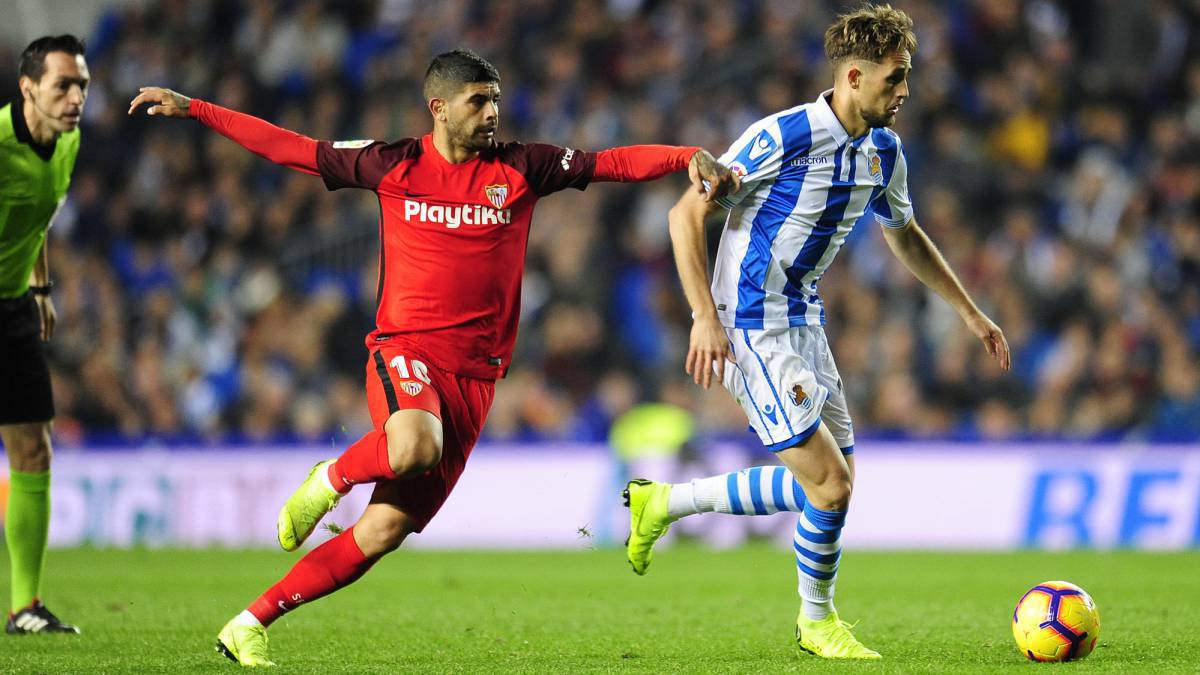 ANALYSIS AND PREDICTION FOR SEVILLA - SOCIEDAD

Sevilla were shocked by Eibar on Thursday. A huge blow to the ambitions and confidence of the Andalusians. They led 2-0 at halftime and played well – typical of their away games. But Eibar missed a few chances and even in 1st half they guessed what their intentions are. Then they made the comeback to 3-2. Sevilla have not won away games so far, although they have only played 2 matches.

Real Sociedad are in very good shape. We were expecting to have e hard time against Alaves, but nothing like that. Categorical 3-0 win for Real Madrid. They now have 3 straight wins in the league, which puts them in second place in the standings with their only loss to Athletic Bilbao. Real Sociedad have stepped up in the summer and are expected to achieve good results.

Expert view : After Sevilla’s home games and Real Sociedad’s form, it is logical to expect a difficult game for the hosts, although they are favorites in the match. For this reason, we will not bet on winning them, but on goal in the second half, when we expect the decisive moments in the match. It is important for Sevilla to take a win over a strong contender at home after 2 consecutive losses, as this year the ambitions of the team are much greater. Prediction – Sevilla to score in the 2nd half at 1.53.