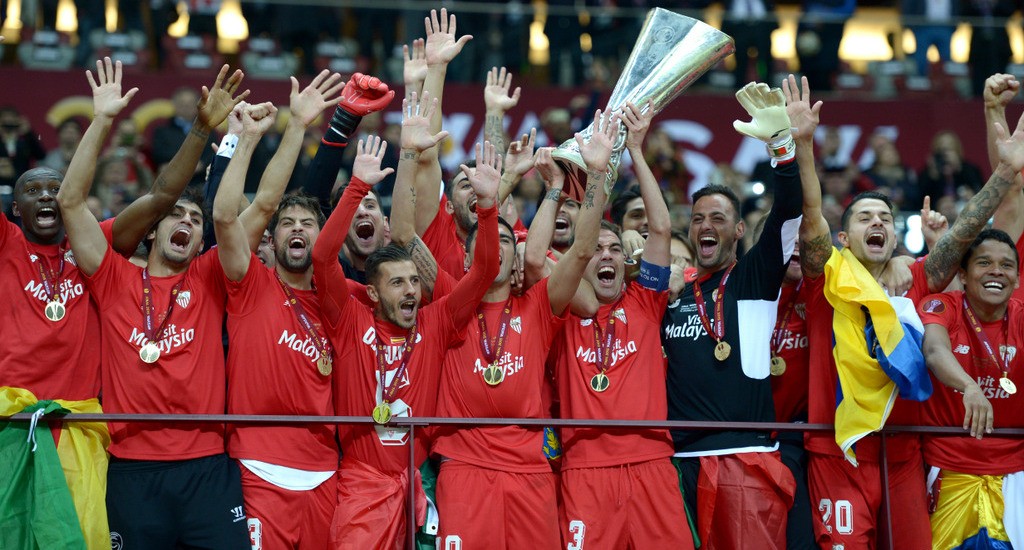 Sigma Olomouc participate in Europa League for the first time since 2009. The Czechs kicked out Kairat with two wins and many red cards. They are quite unstable and in their last 9 games they are constantly alternating loss with win. Specifically in the championship are in very weak form and have one win of 5 games, in which 4 were losses. Their defense is not good, which will prove to be a serious problem against Sevilla’s attack, who score goal after goal in the last games. However, Sigma have 8 games at home in Europa League and and in all of them historical they have managed to score.

Sevilla had a splendid victory over Zalgiris in the first game as host in the previous round by 1-0, but they had a final for Spain’s Super Cup with Barcelona in a few days. In the rematch, the Lithuanians were smashed by  0-5 in Lithuania. Sevilla are on fire and scored many goals lately. Over the weekend, they defeated 1-4 Rayo Vallecano and in the first match this season in EL they scored 7 against Ujpest in two games, given that a large number of their first team were not even in the squad. It is unclear how much Sevilla wanted to get into this tournament, because from the middle of March to the end of April were losing a lot and took just 3 points out of 7 games. After that, they finished  strong, but still in 7th place, which allowed them to re-enter Europa League because of the circumstances with Copa del Rey. On the other hand, this may be good for Sevilla, because this tournament may be an enter through the back door of the Champions League, as the first three places in the league seem to be permanently booked from Barcelona, ​​Real Madrid and Atletico. From then on, the chances are for Valencia, Villarreal, Sevilla, and so on. But Valencia is pretty good team, so it’s not clear for Sevilla whether they will be able to get to the top 4. On the other hand, they have won 3 times in a row the Europe League cup for the last 5 years, which means they know how to play in this tournament.

These two teams have no matches between now and now. Still, Sigma is far from Seville’s quality and this should be pretty easy test for the spaniards. The victory for Sevilla is estimated at 1.30. Our main prediction is Sevilla to score first half at 1.55. Here are some additional options

Only Pilar(CM) is probably out

Kjaer, Vazquez and Mercado can be rested.