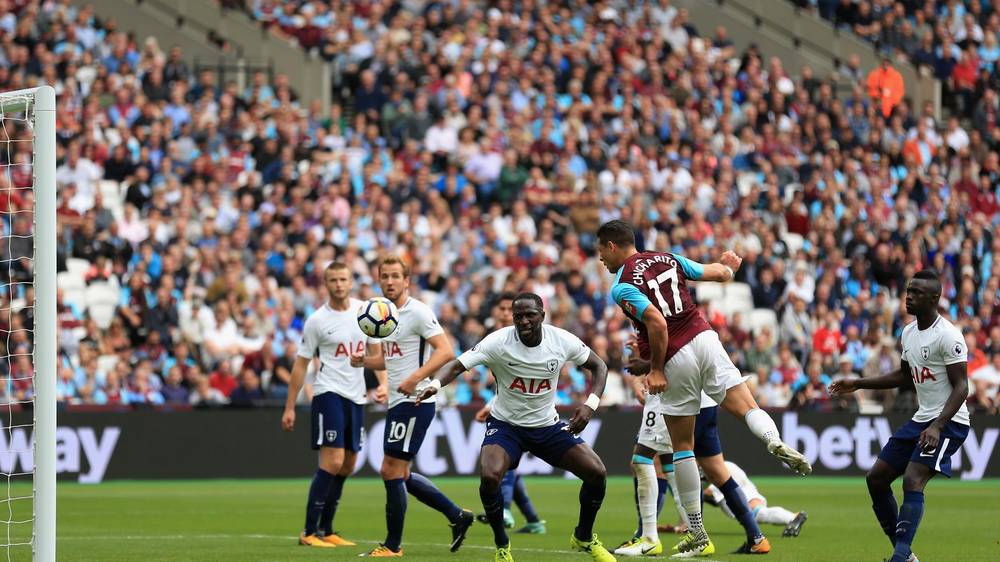 West Ham failed again to get a win and missed the last minute victory against Leicester, and Noble was sent off in the first half and so hammers had to deal with 10 men on the pitch almost whole game. This fixture was overshadowed by the tragedy of a fallen helicopter with one of Leicester’s owners, unfortunately. Still, West Ham continues to show a stable performance and it seems that the wins for the Pellegrini team are a matter of time. In almost all of their losses lately, happened due to some mistakes and lack of luck, but it should be noted that the hammers also had a lot of absent players in recent months, which did not help them.

Just 2 days ago Tottenham lost at Wembley from Manchester City by 0-1 and the reason to play a new game within three days is, because their match against the citizens from was shiffed from the weekend on Monday, because of a game from the american NFL, which was held at the national English stadium. The overall reason for this was that plans were Tottenham at that time to play their games at the new White Hart Lane, which never happened. Alli and Eriksen took part in the last game as substitutes and are now very likely to start vs. West Ham. The same applies to Son, Winks, Llorente and Wanyama.

West Ham showed that they play very serious for this cup after the victory by 8-0 over Macclesfield Town. Last year Hammers beat Tottenham at Wembley after a comeback with 3-2 again in Carabao Cup. Tottenham played 2 days ago, so there is no way for them to have good preparation for this match and logically we won’t see many players from the 1st eleven. Still, Tottenham has enough quality to score at least a goal, but we certainly think they will concede against the fresh hammers. 1 week ago, when West Ham got up with Tottenham in the Premier League, the game ended 0-1 for Spurs, but the Hammers played pretty well and it was a miracle that they did not get a point in this match. Prediction – BTTS at 1.71