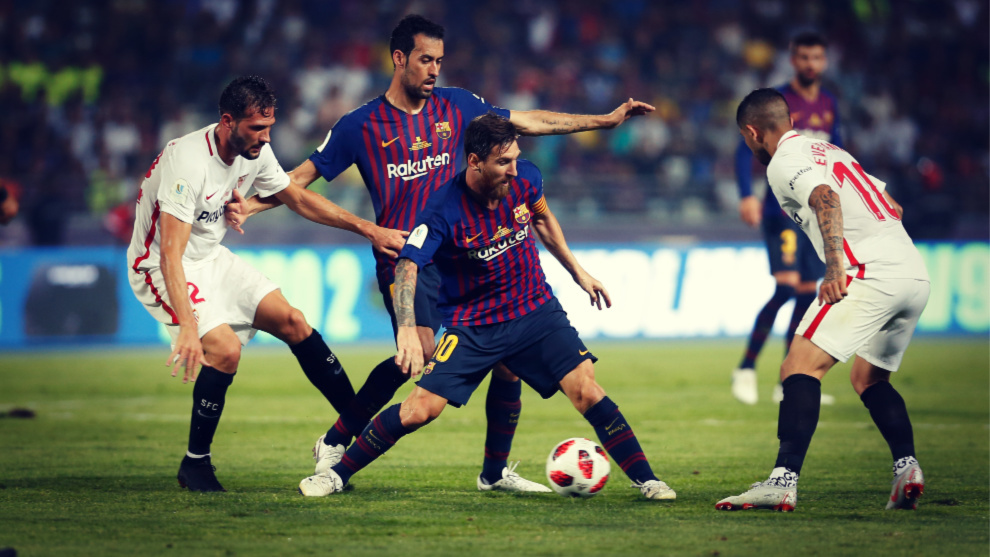 ANALYSIS AND PREDICTION FOR BARCELONA - SEVILLA

Barcelona went into something like a mini crisis, having no win in 4 consecutive matches in La Liga. This has not happened since the spring in 2015/2016 season. In each of their last 6 games they conceded and scored. In the last match they had serious difficulties with Valencia and now they meet the flying high Sevilla. This is good on the other hand, as in case of win, Barca gets 1st in the standings, which is the most important at the end of the day. Barca has not lost at Camp Nou in the league for 40 consecutive games. Here is also important to take into account the Catalonian schedule. On Wednesday, they face Inter again in Spain and the next Sunday is El Clasico again at Camp Nou.

Sevilla at the moment look impressive. Yes, they did not start the season in the best way with losses from Betis and Getafe, but they are currently in a series of 4 consecutive wins in the league, in which they scored 14 goals. This is not good news for Barca, who, besides being not impressive in defense, also have important absences in this zone. Sevilla also scored 15 goals in the last 5 away games in the league. This is mainly due to Ben Yedder and the newcomer Andre Silva, who already has 7 goals in 8 games.

Barcelona and Sevilla usually score many goals. In their last 7 games there were at least 3 goals and this is quite normal as both teams practice extremely offensive football. We do not see Seville’s option to come out and defend at Camp Nou. They will definitely try to take advantage of the mistakes in Barca defense, who are under pressure because of the weak form. When we see the style of play and the shape of both teams, we do not think they will betray their style and expect a new goal show. Our prediction for this match is BTTS + over 2.5 goals at 1.68

Umtiti and Vermaelen are out