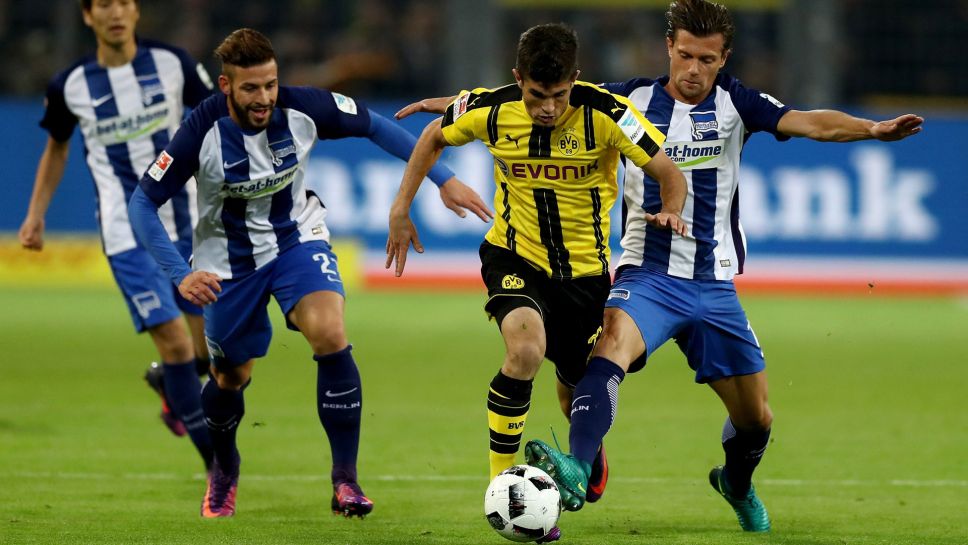 Dortmund at the moment looks like the team that Jurgen Klopp led years ago. Speed, dynamic, great play, stable defense, serious discipline, complete self-esteem and tremendous passion. Certainly, Yellow wall did not expect to smash in this way one of the most stable teams, Atletico Madrid, by 4-0. At the moment the things about them look great. First place in the Champions League group with 3 wins and almost certain going through and first place in the Bundesliga with only 2 draws and 6 wins. Besides, at home the amount of goals scored by Dortmund is really huge. The interesting thing about them is that they do not really have a big star or few stars to pull them. Years ago there were Goetze, Lewandowski, then Aubameyang, Hummels. Now Favre’s team is made up of entirely young and talented players.

Herta are also not bad at all and since the beginning of the season they have lost only vs Werder, who are already in top shape. In their last two games, however, they did not impress and recorded disappointing draws with Freiburg and Mainz 05, but previously won against teams like Gladbach, Bayern and Schalke 04. This is probably the most difficult game for them and it is very important what will be their approach. However, Hertha have not scored a goal in just one of their matches since the start of the season and Dortmund, despite the strong defensive performance, has only 3 clean sheets since the start of the campaign, but this is normal as they play extremely offensive.

Last Hertha won against Dortmund in 2013 by 1-2. In general, in the past few years, usually there are always between 2 and 3 goals in these matches between Hertha and Borussia. Dortmund, however, in that present form, they have scored 18 goals in their last 4 home games, and Alcacer, who is their top scorer, returns after missing the match in the Champions League and is now ready to score again. Our main prediction here is Over 2.5 goals at 1.57. Our alternative option is Dortmund to score in both halves at 1.94 or Paco Alcacer to score at any time of 2.05