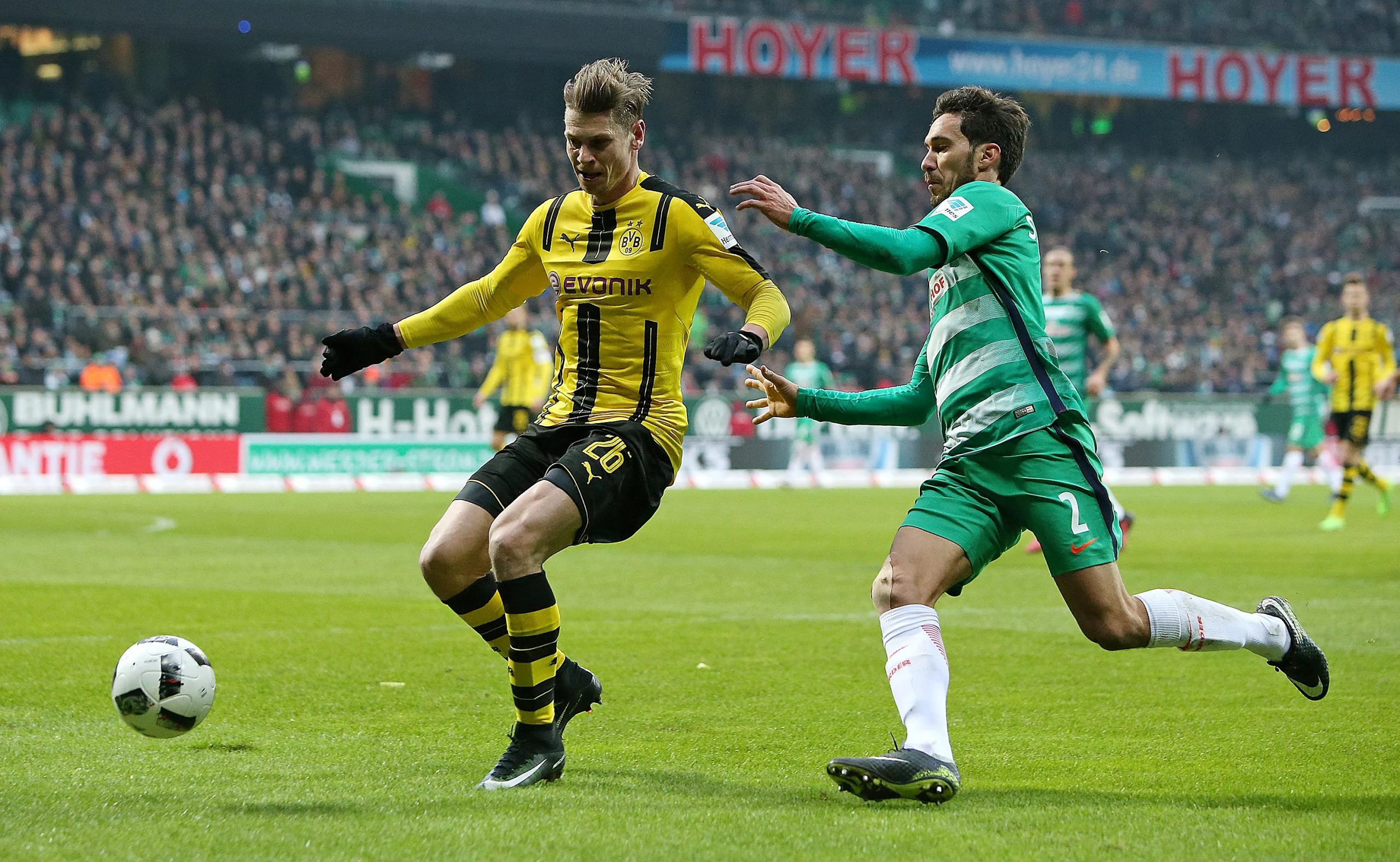 Dortmund also won the Champions League group after winning 2-0 at home in Monaco, while Atletico made 0-0 with Bruges and it left them in second place, while Dortmund are with the best. Borussia is also unappealing in the Bundesliga. They took the big derby with Schalke with 1-2 in the away game and so have only 1 loss in the last 26 games. They gave a break to many of their players during the week. Dortmund has only 5 clean sheets this season in the league, with 3 of them coming in a visit.

Werder finally managed to get a win and take a sip of fresh air after their weak games lately. In the last round, the green ones would beat with 3-1 Fortuna and still remain in good position to the top 4 teams. The attack is what makes Werder a dangerous team. This is one of the two teams in the league who still have no match in which they have not scored goals. With Borussia’s attacking football, especially at Signal Iduna Park, it will surely open up spaces to create dangerous chances.

Werder have a lot of injuries, which may be a problem. There have always been plenty of goals in the matches between Dortmund and Werder. In all of their last 9 games both teams scored a goal. This may be one of the most exciting games today. Our prediction here is Over 2.5 goals at 1.46. The alternative option and mandatory to try is – BTTS and over 2.5 goals at 1.84