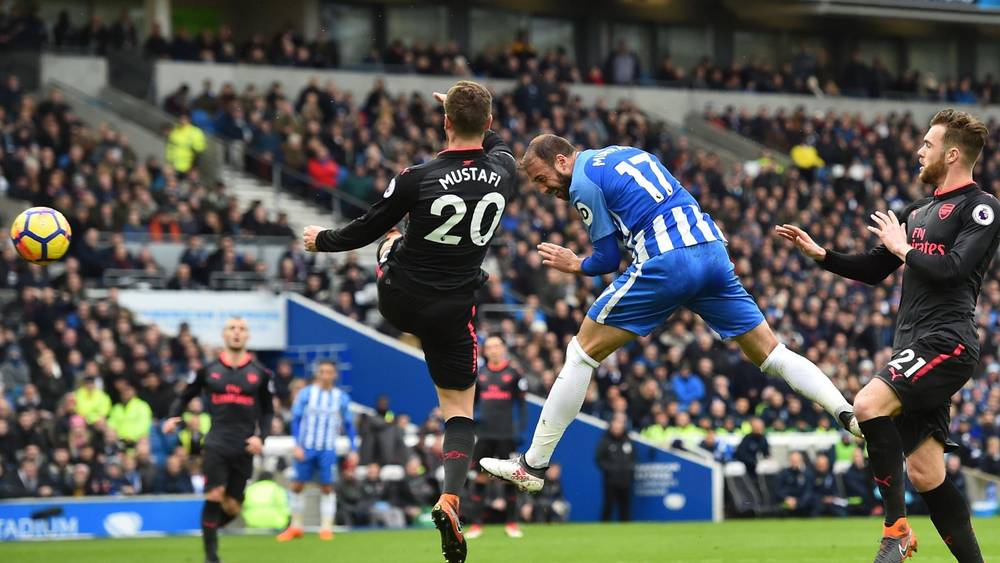 ANALYSIS AND PREDICTION FOR BRIGHTON - ARSENAL

Brighton did not make a good match in their last attempt against Bournemouth in the visit to the southern coast. This makes a third consecutive loss for the seagulls in the league, which is their weakest period in terms of points for the season. However, Brighton has only lost 2 matches for the season since the start at their stadium, both of which came against teams like Tottenham and Chelsea. Brighton has scored a goal in every home game this campaign. Chris Hughton will have the task of facing the best forward in the league right now, Aubameyang.

In fact, Arsenal impresses in front. They defeated Burnley in a tough game, but showed that the losses from Southampton and Tottenham did not affect them badly. Gunners, however, still can not keep a clean sheet as a guest. For Arsenal there was a lot of positive news from London, because Chelsea’s loss mean they are now on the same level in terms of points. The fight for the top 4 becomes even more fierce. However, Arsenal still does not have a match in which they did not score away from home.

In the last three games between Brighton and Arsenal at this stadium we have seen many goals in both nets. Of course, Gunners are the favorites. We think they are at a good enough level to make another long series with good performances despite their upcoming Anfield visit. That is precisely why they can not be wrong here. Due to the many goals scored in the matches of both teams so far in the season and the attacking football of Emery, our prediction is Arsenal – Over 1.5 goals at 1.70