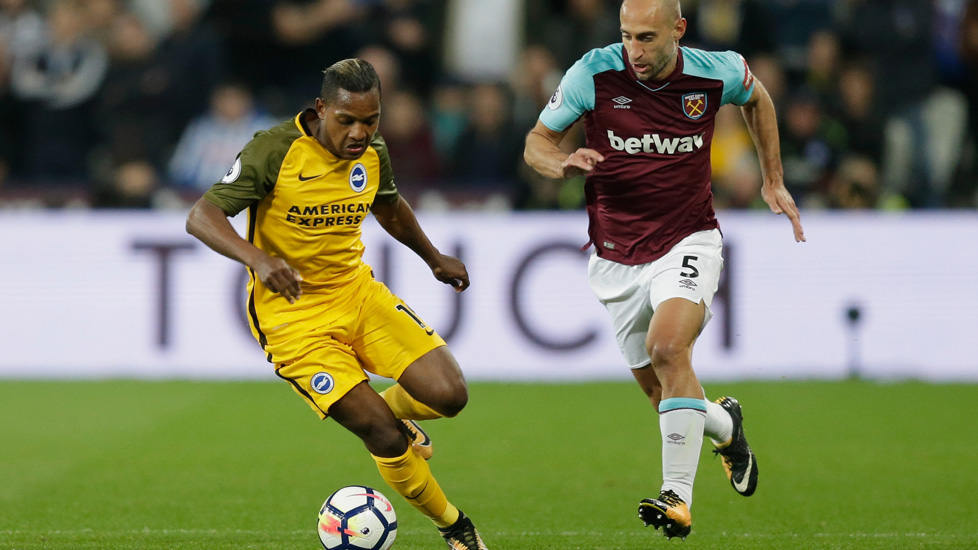 The situation in Brighton is not great at all. Although the Seagulls spent a lot of money in the summer and will try to keep in the Premier League, they have only one win since the beginning of the season. Yes, it came against Manchester United, but it is not enough. It is important to note, however, that Brighton already played with teams like Liverpool, Manchester City and Tottenham, too, so their schedule was quite heavy. Since the start of the season Brighton have conceded at least 2 goals in 6 of their seven games in total. And vs. Liverpool they lost 0-1 at Anfield. They are now facing a hard test against the revived West Ham, but they have to look for victory here.

The hammers look like another team. After the victory over Everton, one can safely say they even failed to defeat Chelsea at the Olympic stadium after that miss from Yarmolenko, where he should have scored and then smashed Macclesfield by 8-0 for the League Cup and this weekend they won with 3-1 against United and were the better team by far. This is not particularly surprising, however. The strange thing was that the hammers started with so many losses, because they have a great team and their manager is high class so their goal should be the top 10 at least, because the club is doing pretty well to develop and spend serious amounts for players.

Right now is not a good time to bet against West Ham. They are on fire and Brighton will have a hard time winning here. Still, we can not miss to note that West Ham have just one clean sheet since the start of the season and Brighton did not manage to score only in their visits against the top sides. This game is difficult to predict, but rather looks like X. However, our main prediction is BTTS at 1.86. Last year Brighton and West Ham finished 3-1 for the hosts at this stadium with 4 goals in the match, so it is possible to see something similar again in terms of goals.