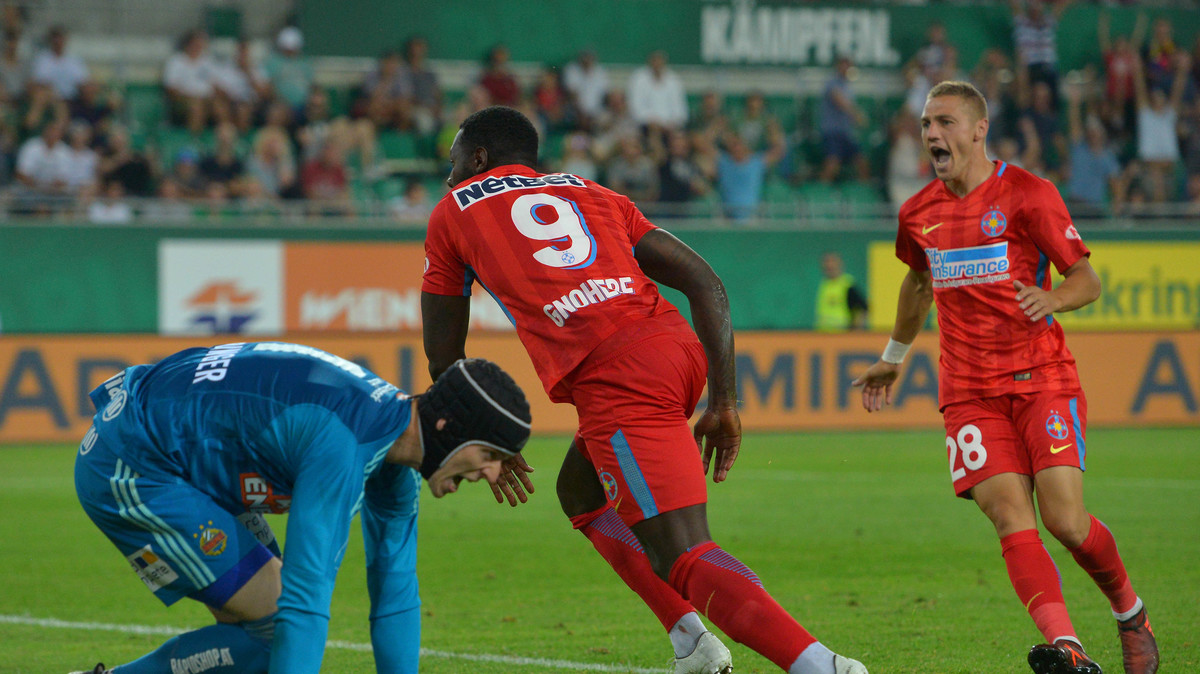 Steaua lost very unfortunate their first match in Austria against Rapid by 1-3, but that does not mean they have no chances to get into the groups. The Romanians came to the round of 32 in the previous edition of the tournament, where they were kicket out of Lazio. Still, the difference between their performance as a host and a guest in this tournament is crucial. The same applies to their overall form in recent games. They rely heavily on the home factor. In Europa League they lost only 4 times in the last 19 games in Romania. As a host they have only one loss in the last 18 games and in their last 6 have scored at least 2 goals. The last time Steaua did not score a goal at home was back in 24th of January, 2017 and it was in a friendly match against Vardar. Since then, 47 games have been played at their stadium.

These stats can scare Rapid, because they have defensive problems. This is often shown when they play away from home and we saw that against Slovan Bratislava, against which they lost by 2-1 in the last round. Rapid took part in the Europa League group stage in season 2016/2017, but missed last season. It is unclear how serious the ambitions of Rapid are in this tournament and whether they will concentrate notably in the local championship, where they are already few points behind the top and have to catch up.

Steaua must win with two clean goals to have a chance to qualify. They are likely to attack from the start of the match. Our expectations are Steaua to take advantage of Rapid’s weaknesses in defense and to punish them. The prediction for this match is “Steaua 0.0 AH” or “1 – DNB” at 1.56 depending on the higher odds of your bookmaker. Our alternative prediction is “Steaua over 1.5 goals” at 1.95, which is certainly worth the good odds

No main absences for Rapid