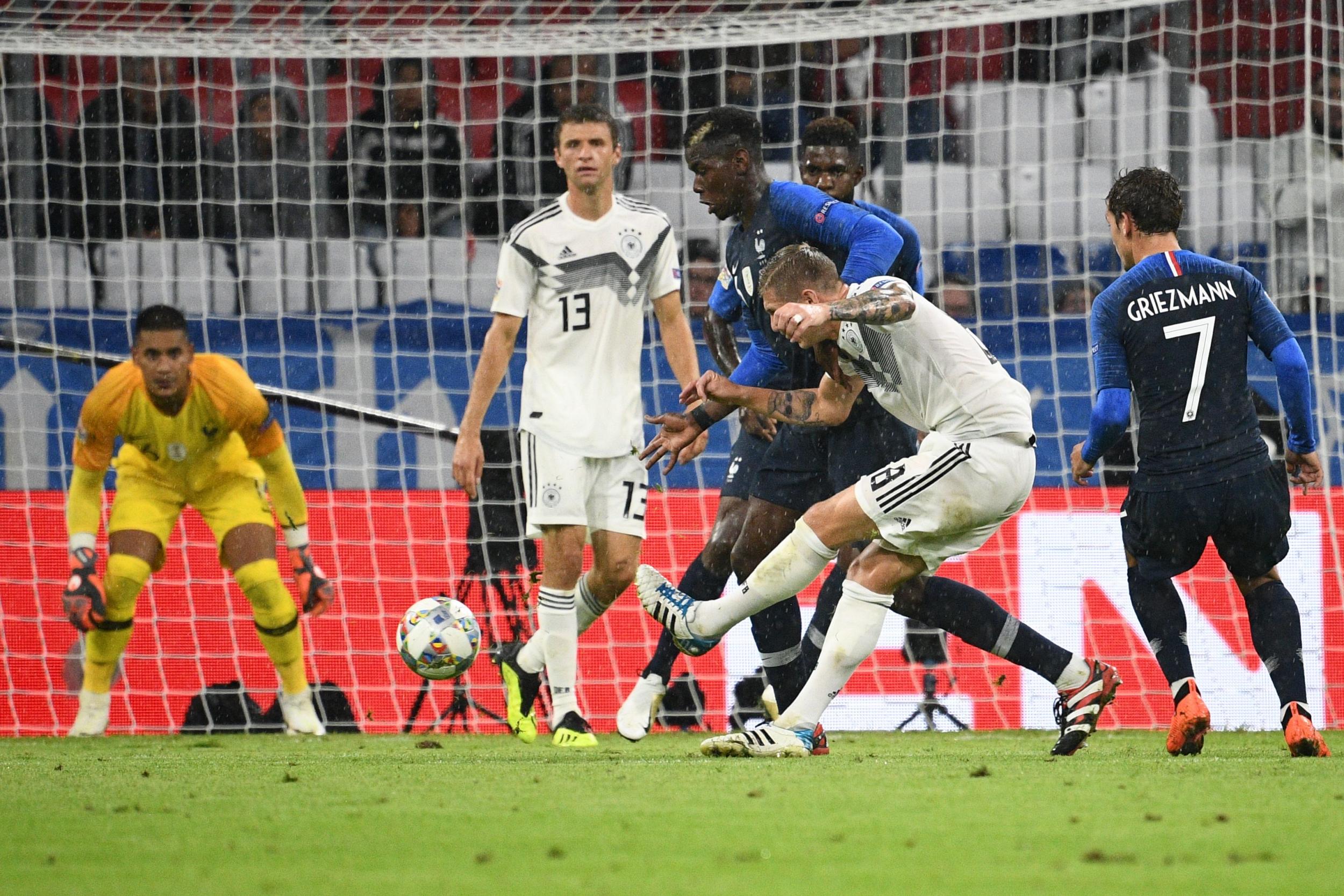 ANALYSIS AND PREDICTION FOR FRANCE - GERMANY

France was close to the shame to lose against Iceland a few days ago in Guingamp, but still managed to get the draw at the end. Iceland were leading by 0-2, but Les Bleus scored two quick goals in 86 and 90 minutes. This is proof that France occasionally plays well and underestimates their rival. The same can be said for their last friendly vs USA before the World Cup and also for some of their matches with Peru and Australia in the groups, when they won, but there was a great chance not to do so. Still, France are in good shape. They only have 1 loss in the last 22 games as it was in a friendly game. It is important to note that one of France’s most quality defenders, Koscielny, has retired of the national team because of old age as he is still injured. The strange thing is that there was a lot of talk about the coach and he’s not pleased with Deschamps. Umtiti is also injured, Mendy is not called, so Les Bleus will have some changes at the back.

Germany lost shameful 3-0 against Netherlands and this is already becoming very worrying for Jogi Low. Despite the loss Germany has all the chances to get to the first position. With two victories in the remaining two matches, they will certainly be first. In the case of a draw, however, they have no chances, so here they have to chase the victory. What impressed in their match with the dutchmen is that there were great periods in which Die Mannschaft dominated and created great chances, but failed to realize them. At the same time, they were terrible in defending and the Netherlands could have scored several more goals. Obviously, the things in german national team do not go well, but if there is something that this team is famous for, it is with its discipline and its character.

In the first match we did not see goals. Here everything depends on the approach of both teams. Germany has had problems in recent years with France and they have not won either of their last four games. However, in fact, of all 15 matches between them in history, only 3 were official – Germany’s victory in 2014 at the World Cup, where the Germans then won the Cup and the victory of France in the semi-final of the European Championship two years ago and the one few weeks ago. Now we expect a response from Die Mannschaft and we do not think that it can be said for sure that France are clear favorite despite all the circumstances. Germany has great players and we expect an even match. In case of win such a game, things can change in a positive direction for them and Iceland has shown that the French are not in their best position right now and can be punished. However, Germany’s defense will hardly survive, so our prediction is BTTS at 1.77 this time. Now we can hardly see such a clash as the one in Germany, because the teams have no time to defend and be cautious. They have to attack !

Apart from the mentioned, also Fekir, Thauvin and Tolisso are not in the squad

Reus, Khedira, Gundogan, Gorezka, Rüdiger and Boateng are out