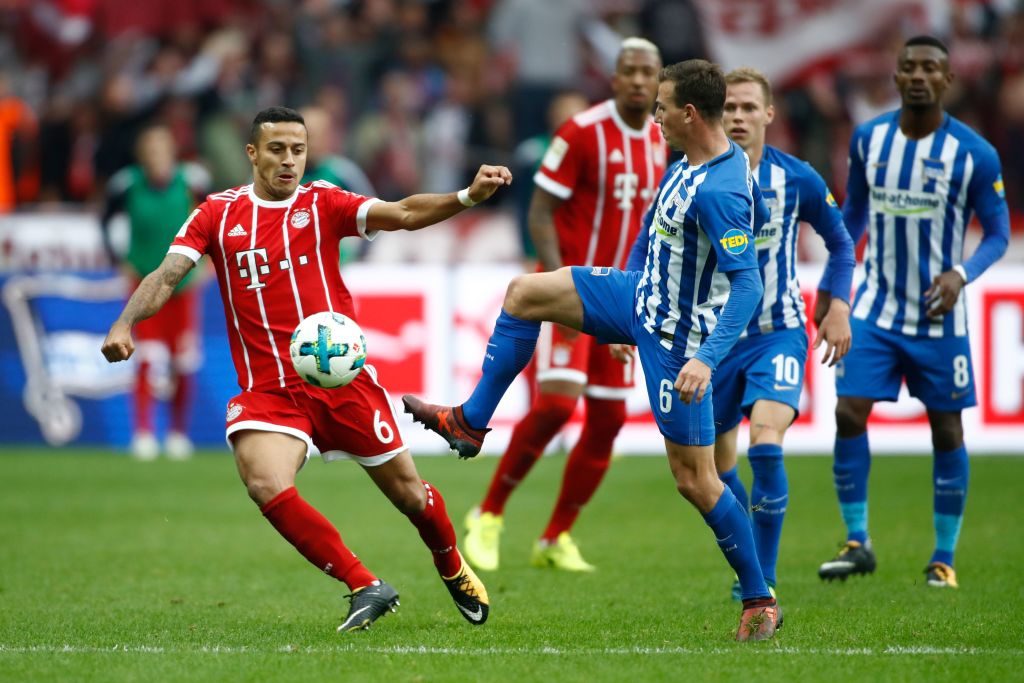 Hertha started quite reliably the season and are currently in the top 4 with 3-1-1, the last loss came three days ago against Werder as a guest. Werder are also in great shape, so that’s not a problem for Hertha. The new additions, Lazaro and Grujic, are an important part of the composition at the moment. Hertha will meet the best team in the Bundesliga. The meeting is in Berlin and this will be of use to Hertha. They saw Augsburg stop the Bavarian machine, and Bayern also have a match in the Champions League, so Hertha have good opportunities to take advantage of.

Bayern did 1-1 with Augsburg to surprise everyone, as already been mentioned. Previously, the Bavarians had 10 consecutive wins. In this match with Augsburg, however, Bayern rested some players like Lewandowski, who is now likely to play. We can rarely see Bayern not win two consecutive Bundesliga matches, so it’s hard to repeat now. Bayern München have not recorded a draw in a visit for over a year.

Hertha defeated Bayern in their home games only 2 times this century. Often, however, they manage to make Bavarians struggle and get draws and score goals. Hertha, however, have issues in the defensive line for the most part since the beginning of the season and in the last 3 games conceded 7 goals. Now we expect more goals and our prediction is over 2.5 goals at 1.59. It is likely that Herta will score, so if you are looking for a higher odds – BTTS at 2.00 or a combination of both.

Tolisso and Coman are out