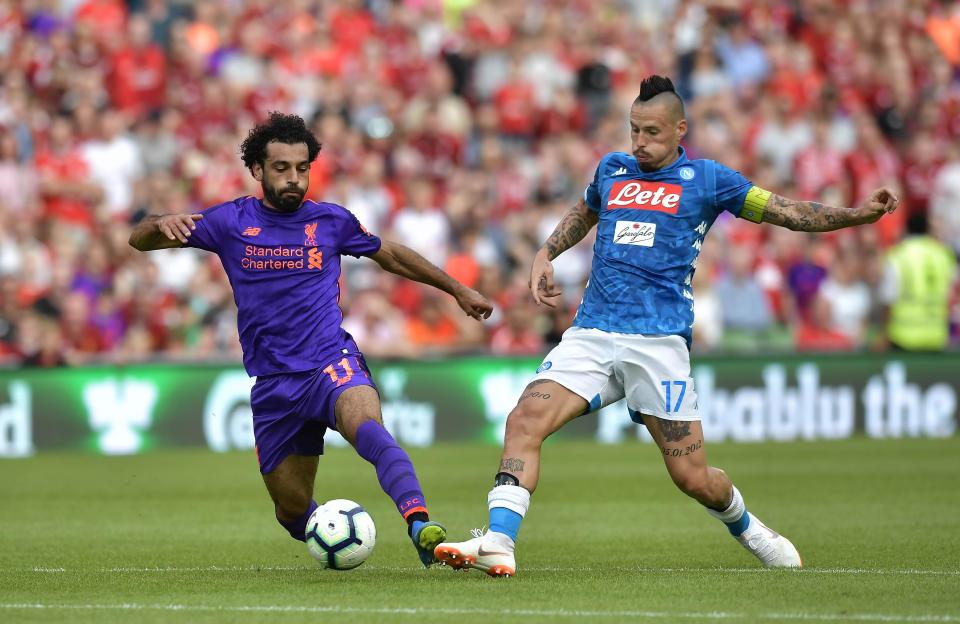 ANALYSIS AND PREDICTION FOR LIVERPOOL - NAPOLI

Liverpool did not struggle with Bournemouth, which was not so expected. They even played a great game and smashed the cherries with 4-0 as a guest. In this game, and before that, when visiting Burnley, the reds have got great results, but more importantly, it is their much more valuable performance than before. The Merseyside team was quick and dynamic. They played perfectly and even when they led with 2-0 in the last match, they continued to insist and attack as if they were losing in the result. It is this Liverpool that every fan of the team wants to see and now they are the only unbeaten team in England. Liverpool currently gets results, but also shows a valuable game.

Napoli is also not to be underestimated. Neapolitans fired 4-0 against Frosinone in the last match. Of course, they are ok with the draw here, but Ancelotti said he certainly will not come out with 10 people in defense. His task is Napoli to play the same way they play all season, including in the first game, when they won 1-0. Surely Napoli then played better, but could not be said that they definitely outplayed their opponent for sure.

Liverpool can score goals. When the knife rests on the bone, the reds are the strongest. They have no choice, but to look for 1-0 or 2 goal difference if Napoli scores. It’s not impossible for Napoli to score a goal. But we think Liverpool will win in this match and will secure a place in the Champions League after the last failures in the group. Still, the match is at Anfield and Liverpool is the current vice champ in UCL. Prediction – Liverpool over 1.5 goals at 1.53. You can try “1 + BTTS” at 2.90.