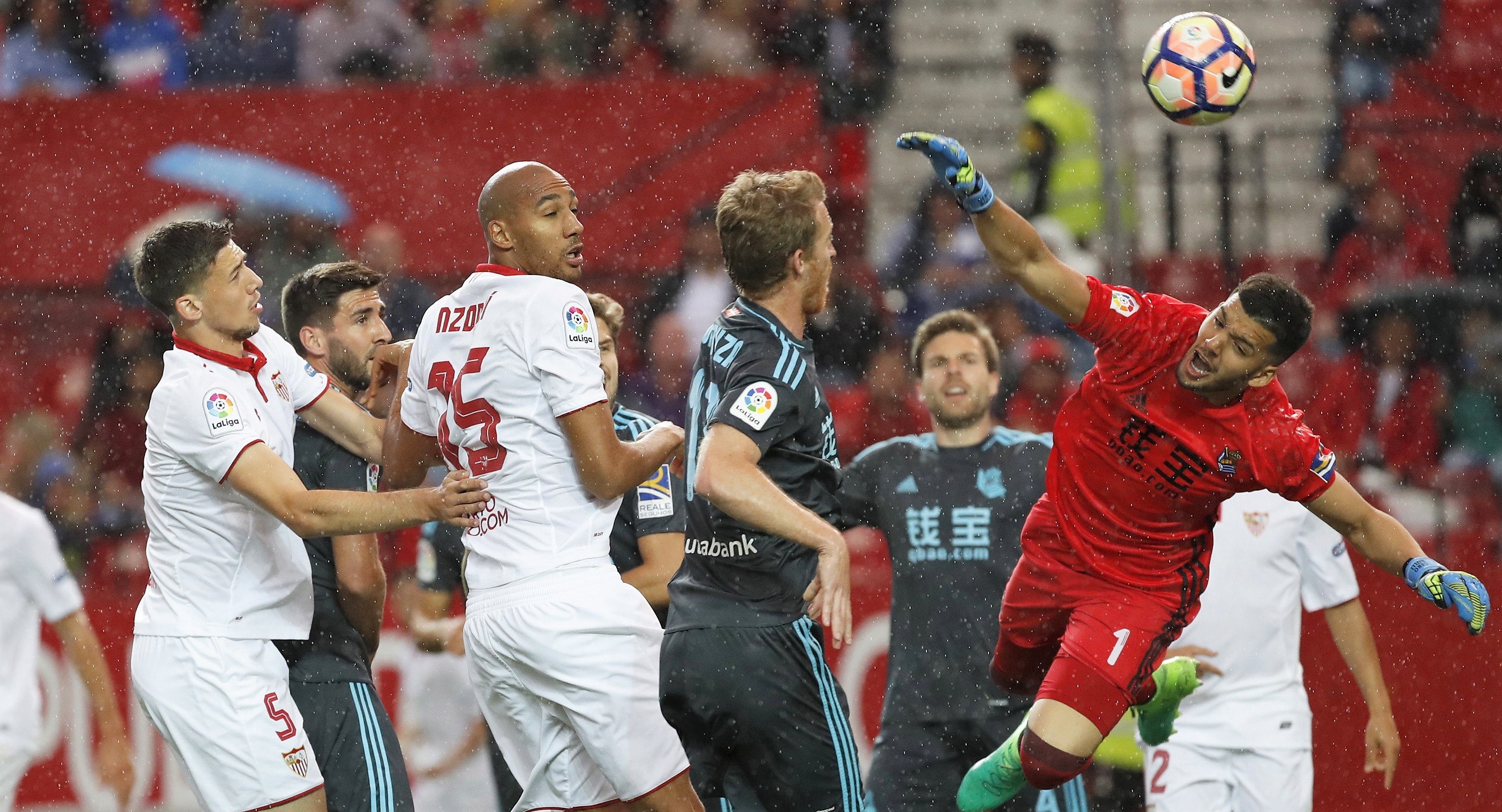 Real Sociedad played an important game against Celta during the week and got important draw in the end(1-1) for Copa Del Rey, but now they are facing a key match against Sevilla. Key, because they managed to win only 1 win from their last 5 league games and are only 12th in the league. It‘s strange, because they have a good enough team to fight at least for a place in the Europa League, from which they are not really far away and a series of several wins can quickly move them a few places up. Besides, it is about time Real Sociedad to achieve their first victory as a host in the season, which can give even more confidence if it comes against a team like Sevilla who is currently in top shape and rarely loses points and also score a lot of goals. However, Real Sociedad also has a very strong attack and has not really managed to score just against Atletico last week, which is understandable, against Valencia in their 0-1 loss, but with a missed penalty and against Girona in the previous round, which was really disappointing.

Sevilla scored many goals, but they also conceded some, so they have just two clean sheets since the start of the campaign that came against their Real Madrid and Villarreal home games. As guests, however, have only one clean sheet in the league in their last 10 visits. Sevilla have a match for the Europa League on thursday, which is likely to be a protocol, because they are facing the Turkish Akhisaspor who have 0 points and have no motivation to play at this tournament, so this will hardly affect Sevilla and they will take their victory easy. Right now it’s very competitive in La Liga first few places and before this round the difference between the first, Barcelona, ​​and 5th, Espanyol, was only 3 points. For Sevilla, this victory is very important in terms of keeping this series of good results lately with a very optimistic performances.

Sociedad and Sevilla is a game that predicts goals. For objective reasons, we think Sevilla will score at least 1 goal in this match, but statistics show that only in the loss by 0-4, Sociedad did not score against Sevilla as a host in this century. This statistic includes over 15 matches and in view of Sevilla’s unreliable defense lately, we do not think it will be the second such game. Besides, Sevilla has had big issues with Real Sociedad lately as a guest, so it will not be a walk in the park for Machín‘s boys. Prediction BTTS at 1.61