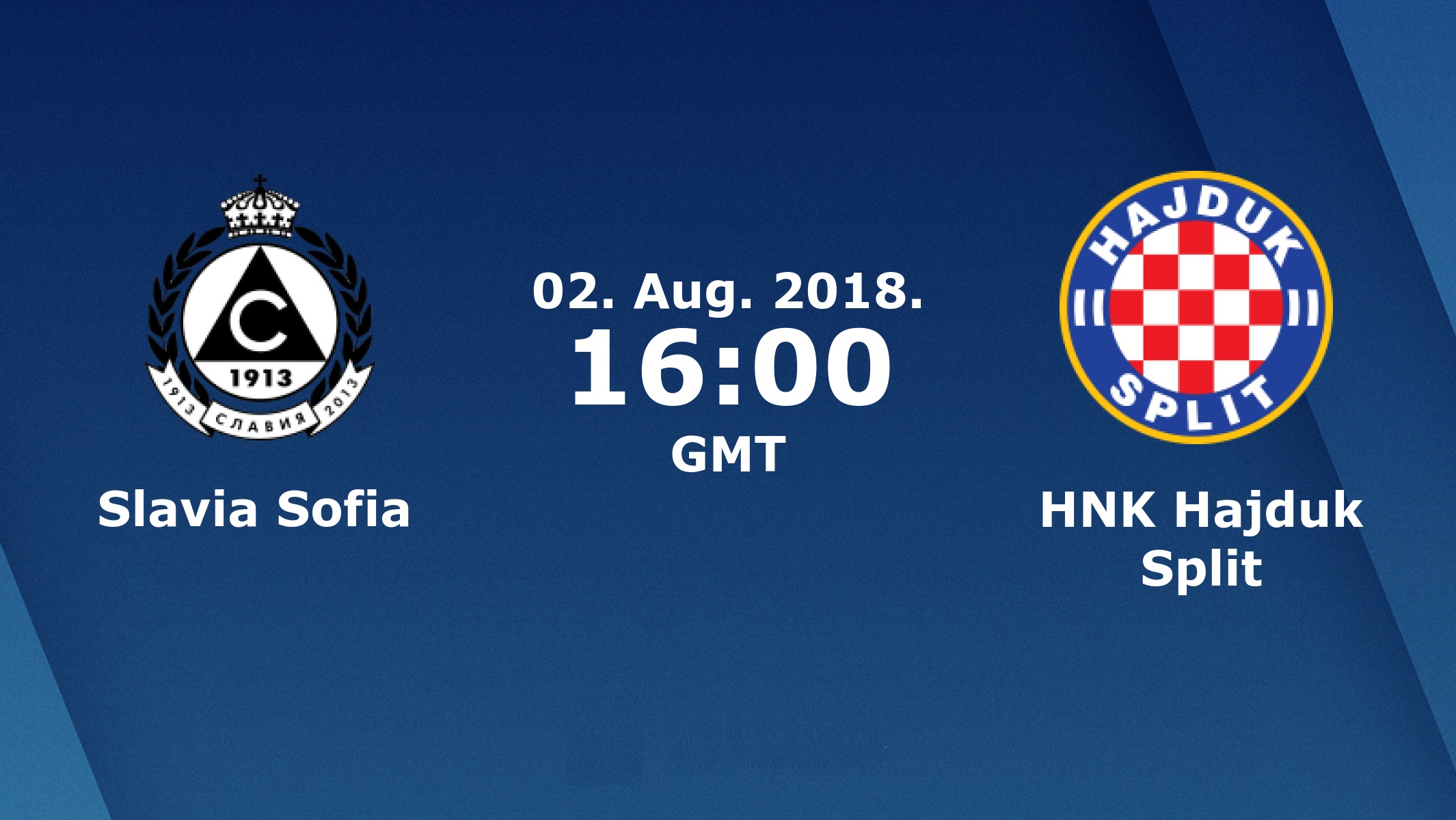 Slavia played played pretty good in the first game, but lost at the end of with 1-0. The whites  had an interesting road to reach the qualifiers of the Europa League. They are far from their glorious years in the 90s, but in the history of the new tournament regulation, they have had 2 wins in 2 games on their own land, one of which was in the previous round with Ilves. And last season they defeated Levski in the final of the Bulgarian Cup as they were fighting in the same time to remain in the elite. After all, everything had gone well for the them, and now they are full of hopes for the new season and especially in Europe.

Sofia is not an unfamiliar place for Hajduk Split. They played here and beat Levski last year with 1-2 in the same tournament. The Croatians are in pretty good shape by not losing a single match of friendly matches in pre-season preparation. However, they suffered a lot of disappointment in the last round of the championship and were smashed by Osijek 4-1.

The main man for Slavia is called Galin Ivanov, who is the team’s playmaker and is able to score goals, too. The last game shortly after the goal, for Slavia’s composition, the main central defender Alexandrov got a red card. The captain of Hajduk, Nijic, who is also a central defender, however, is ill and didn’t travel with the team to Sofia. This means that both teams will be without major players in defense. Now the match is expected to be more open as Slavia will not defend all the time, but will look for the victory, and Haiduk will try to score an away goal. Slavia have scored 11 goals in their last 5 home games and Hajduk is not impressive in defense. The good performance by Slavia in the last match against Split has to be rewarded and our prediction is Slavia to score a goal at 1.70. For the bravest you can also try “BTTS” at 2.10 or 1X.

The CB, Aleksandrov, is missing