Del Potro quarantined, the battle against the injury continues 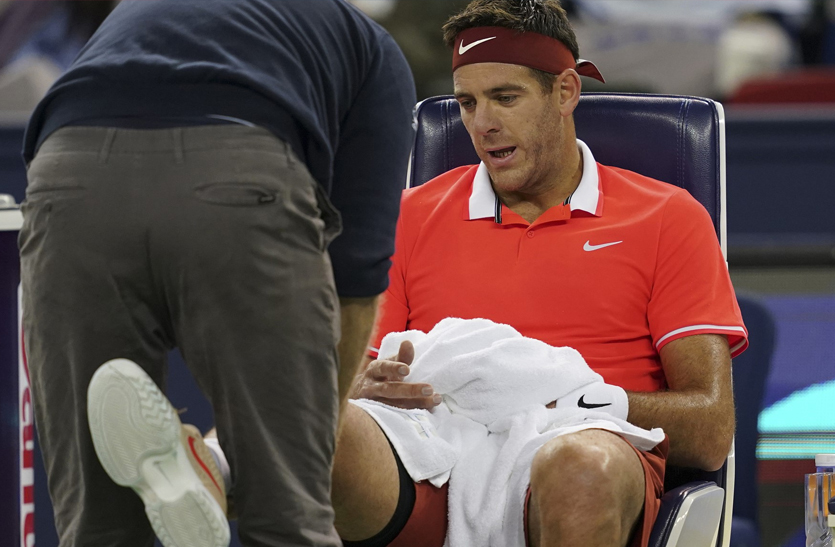 Juan Martin del Potro continues to make every effort to get back on the court when the situation with the coronavirus pandemic calms down. In recent days, the 31-year-old tennis player has been in Miami for rehab and the next part of his recovery will be at home in Tandil.

“I am currently under quarantine. I do my best with recovery. It is very important that we all beware. To be quarantined, to follow the recommendations of specialists, to show empathy. This is a moment when we need each other. I send hugs to the doctors in these difficult times, “said Del Potro.

The Argentinean’s entire career so far has been fraught with injuries and his knee has been causing problems since October 2018 until today. However, after undergoing another operation, the Tandil Tower does not give up, but continues with training.

The US Open 2009 champion has not played since June 2019 when he underwent another knee surgery. He had problems running, jumping, and even climbing stairs.

Tandil Tower’s original plans were to return as early as November 2019, but that never happened. He then refused a demonstration match against Roger Federer in Buenos Aires, and then it became clear that his condition was not improving.

The former No.3 underwent successful surgery in June in Barcelona after breaking his knee cap again. He suffered a serious injury in the first round in Queens against Denis Shapovalov, slipping near the net and falling dangerously. The Tandil Tower still won the match 7-5 6-4, but the studies then showed a new break.

The Argentinean received his first cap problems in October 2018 at the Shanghai tournament. In a match against Borna Coric, he suffered the same severe injury and missed the rest of the season as well as the start of the new campaign, recovering for nearly four months.