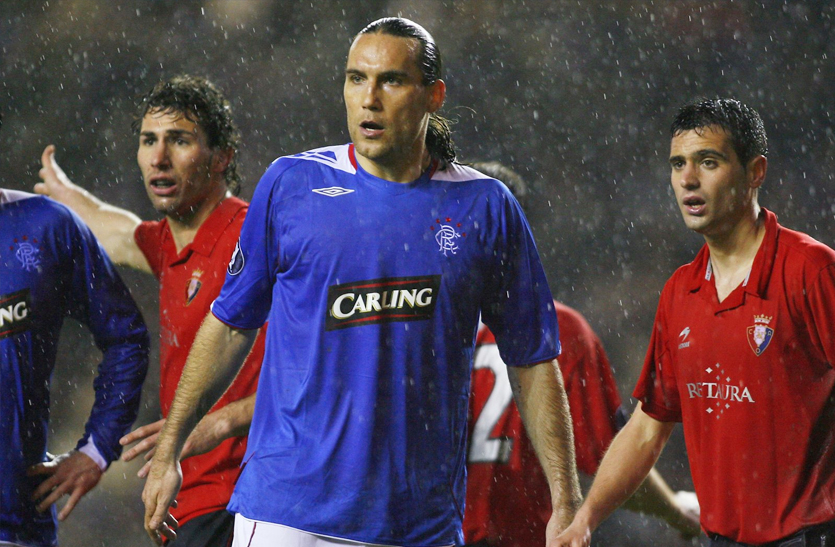 There is nothing that you can be certain a hundred percent about in life. No one can guarantee you that after you study or train anything you are going to make a living with it. This statement fits perfectly the football players. A very small percentage of the people who train their favourite  game make it their profession. Some of them have to manage thrоugh life another way.

But sometimes fate can twist around. Here we have selected a few that maybe have thought that their football carrier has ended before it even began. For theirs (and ours) luck their lives took a quick turn and made them idols for many of us.

And here are they:

The legendary Danish goalkeeper had a few interesting professions before he turned into the best keeper in the history of Manchester United. Schmeichel who started his career in the lower class teams in the Danish divisions had to find a normal job so that he can earn enough. He worked in a textile factory but he quit  quickly because his job was not safe. After that he started to clean retirement homes. Before he started playing football Peter works in the World Wildlife Fund (WWF). After that he signed with Brondby and that leads him to glory.

The history of the ex – national is good as a Hollywood production. Lambert who is a fan of Liverpool since he was young is kicked from the merseysiders before he even has the real chance to actually play for them. He is forced to play in the lower divisions to make his path back to the elite. During the time he played for Macclesfield Town his salary was so low he had to start job at a beet canning company. His task was to close the jars coming from the assembly line. Lambert after all fulfills his child dream and plays for Liverpool but after his thirties.

Lately the attacker was a bit lost but at the moment he is playing for the leader in the Championship West Bromwich Albion. The first time Austin showed in the Premier League was with Queens Park Rangers and made history with his 18 goals for the season. Only the top scorers like Sergio Aguero, Harry Kane and Diego Costa had more goals then him. Charlie is forced to start his career from the 9th level of the british football. During that time he makes a living like a construction site worker like a bricklayer. In 2009 the 20 year old Austin signs his first professional contract with Swindon and ten years later he already has scored 34 goals in the Premier league.

An interesting fact is that the leading goal – master of the football finals could not become a footballer at all. The career of Miroslav Klose starts very late when at his 21st birthday he is playing for the 5th division german team Homburg. Maybe the born player from Poland also didn’t think that he will be able to make it in football. That is why he starts looking for a job. He becomes a student in a woodworking studio. Then luck turns in his advantage and he joins Kaisrslautern. The rest is history – Werder Bremen, Bayern Munich, Lazio, world cup and so on. Klose is known to be very humble and honest man. Maybe his hard life before the fame is in the roots of that.

The defender also known for his nickname “Psycho” also had a rough start. Years and years before he joined Nottingham Forest, Pearce played for Wealdstone and he had to work another job to survive. He worked as an electrician. The interesting thing is when he received a call from Nottingham, Stuart wasn’t completely confident in his own abilities and showed on the tryouts with his toolbox. If he doesn’t make it with football, at least he thought he can start working as an electrician for the club.

Until he turns 22 years old the goalkeeper is playing in the 4th division team Caratese. In 1992 the team plays a friendly game versus Juventus. The legendary trainer of the Bianconeri notices Moreno and wants him in his team. After that Torricelli is bought for about 50 million Italian liras which is approximately 26 000 euro nowadays. During that time the keeper makes a living as a carpenter. The rough game and the well timed tackles become a trade mark for Torricelli and he wins everything possible with “the old lady”. His teammate Roberto Baggio who knows about Moreno’s past gives him the nick name “Geppetto”.

This is not at all as cool as it sounds. Popescu who is a legendary Romanian football player from the 90ies he begins his carrier until his country is ran by the communist leader Nicolae Ceausescu. In this order of thinking there is a unit called State security. Which hires random people to work as government secret agents who constantly report to the country if someone plots against the party. Popescu is also forced to be a spy and report to the authorities what his teammates are talking about in his current team Universitatea Craiova. Despite that he becomes one of the greatest Romanian footballers in the history.

As a matter of fact we all thought that if this man had a different profession it will probably be a butcher or а prison guard. And after all Vinnie Jones’s growth is really amazing. He starts his carrier from the same team Wealdstone where he is teammates with Pearce. As we mentioned earlier the players outside of the Premier League are forced to take secondary jobs so Vinnie starts working as a construction worker. Usually he was the one who was carrying the bricks and the materials while the others were actually building. When Jones makes it into the professional club his style remains the same. Besides his football career he will be also remembered for some iconic movies in which he took part.

The Brazilian shooter will remain in the history of the Bundesliga as a goal – master for Wolfsburg in their championship season during 2008/09. We all remember the killer tandem with the Bosnian Edin Dzeko. Although Grafite managed to do that when he was already 30 years old. The start of his football career was definitely not easy. He is forced to find another job so he can earn more. Grafite starts going from door to door and sell bags for trash cans so he can support his family. His first transfer in Europe when he is 27 years old in Le Mans. Who would’ve thought that this man will become a goal – master for the First Bundesliga.

One of the best English football players from the last thirty years. Whoever you ask that has watched Chris Waddle play will tell you the same thing. It’s not a coincidence that the attacking half owns the nickname “The Magic Chris”. Before he settles in the team of Newcastle Waddle had to make a living another way. He starts working in a factory for sausages. The British national was responsible for the spices in the sausages, so his task was very important. Besides the “magpies” he also plays for Tottenham, Olympique Marseille and Sheffield Wednesday.

I admit that this player is not one of the most famous ones but years ago he played a lot of games in the Premier League. Barry Hayles is a front – man and until he turned 25 years he plays amateur football for Stevenage. During that time he had to work something else to make a living. Looking at his strong physics we can assume that Hayles was a baker. After that he plays for Bristol Rovers and his golden years from his career go through Fulham where he is playing elite football. For “the cottagers” he has played 75 games and has 13 goals in the Premier League.

One more breathtaking story worthy for a Hollywood production. Dado Prso started in Hajduk Split, but when he was 17 years old he was diagnosed with arrhythmia. At the age of 18 he moves to live in France following his dream to become a great football player. In the beginning he is playing for FC Rouen and San Rafael. During that time he is working as a car mechanic to make a living. Only when he turns 22 he is noticed from Monaco’s trainer Jean Tigana and is drawn for the team  from the principality.