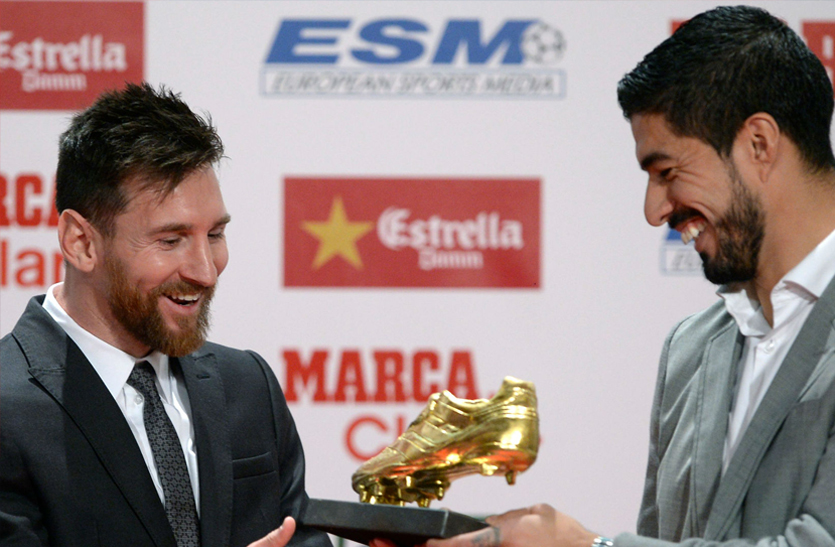 Argentinean Lionel Messi with the third consecutive Gold Shoe award, thanks to the 36 goals he scored. The total number of Golden Shoe awards for the captain of Barcelona is six.

Messi said he is dedicating this award to his family and colleagues who are among him. He claims that it would have been impossible for him to win this award once again if his teammates were not around him. “Without my team, I couldn’t have won this award once,” said Messi.

Argentine national Lionel Messi is a six-time Golden Ball winner and six-time Golden Shoe winner – a record for both of the most prestigious football player awards – which is more than the awards of his biggest competitor Cristiano Ronaldo. Suarez is one of nine players with two such trophies. It was first awarded in 1967, when it was won by Portuguese legend Eusebio.