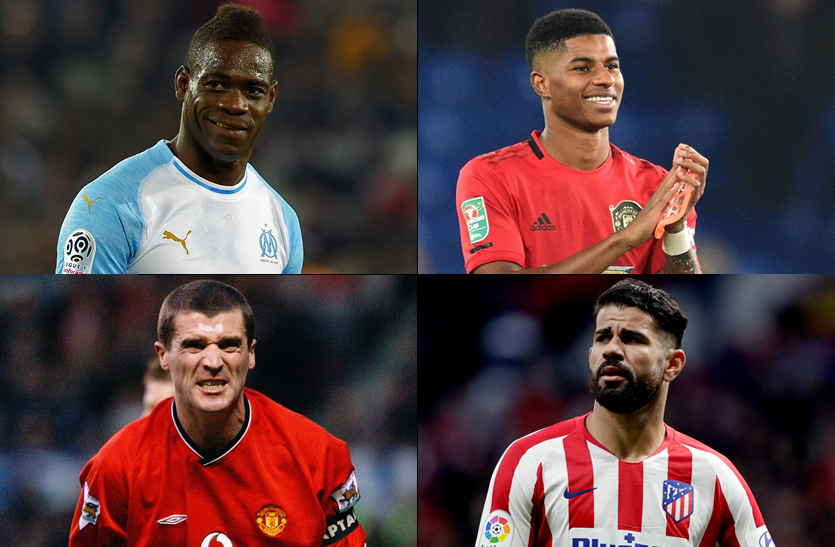 Everyone may have a misjudgment. However, when the football club misses the top player for special reasons defferent from his qualities on the pitch, it becomes bad. Today we decided to introduce you to star players who were rejected by top clubs as teenagers.

Mario Balotelli. He is one of the best strikers in Europe. What prevented Mario Balotelli from his youth was his eccentric character. At the age of 15, Mario Balotelli was in Marseilles, but due to his bad behavior, they found him not a suitable party for their club.

Marcus Rashford. Mario Balotelli is currently one of the most respected players in the Premier League and a total star at Manchester United. What people don’t know is that at the age of 9, he was rejected by city rival Manchester City. There is a hypothesis that they did not take it because of its small size.

Diego Costa. Until the age of 15, Diego only plays football on the street, not believing that he will one day become a pro. He moves to Sao Paulo, where he works at his uncle’s shop. Only then a club called Barcelona Esportivo Capella takes him to his school. Despite having quite large teams in town, none of them wants Diego. This is the benefit of agent Jorge Mendes, who arranges for his transfer to Portuguese Braga.

Roy Keane. When he was 15, he received an invitation to try in Brighton, but subsequently the “seagulls ” refused the samples the day before because they heard that Roy was rather thin and skinny. Desperate, Keane decided to write to every club in the football league asking them to test him what he was capable of. He eventually becomes another discovery by Brian Clough, who takes him to Nottingham Forest. Three years later, the Irishman moved to Manchester United, where he became the heart and soul of the Old Trafford team.

Franco Baresi. Franco Baresi’s brother was already part of the Inter team, while they send him every year with the words “Come next year.” He decides to try another team in the same city and worried by his small physics, still decide to accept him. In the end, Franco played 719 games for Rossoneri between 1977 and 1997 and has been named Player of the Century for the club.

Ronaldo. Can anyone believe that they dared repel the Ronaldo Phenomenon. Such a mistake was made by his favorite Flamego team. A short while later, he is spotted by Brazilian national Giarzinho, who takes Ronaldo with him, to a modest club. Still, Ronaldo gets a chance to play in Flamego, but unfortunately there is no money for the bus and he never even gets to the samples. The club refuses to invite him again. Ronaldo then signed to another club. And that’s where the best times start for the legendary Ronaldo.