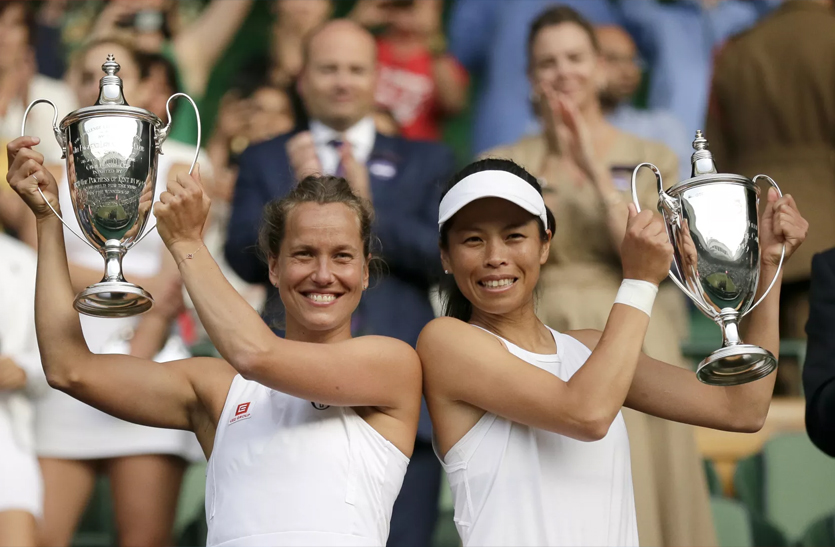 Taiwanese Su-Wei Hsiye and Czech Barbora Stritsova are the winners of the Wimbledon Women’s Doubles in 2019. The two tennis players made a remarkable game and won convincingly over Canada’s Gabriela Dabrowski and China’s Yifan Xu.

The Wimbledon women’s doubles match was scheduled to be played on Saturday, but the federation shifted its start after the match between Novak Djokovic and Roger Federer, leading to its delay and start at 9:40 pm last night.

Barbara Stritsova, who also played in the semifinals of the single, also managed to lift her first Grand Slam trophy. Thanks to this success, she is ranked first in the world rankings for couples.

Barbara Stritsova, says she has no words to express gratitude to her partner for helping her to become number one. During Wimbledon’s tournament, Stritsova strongly stated that these were some of the best two weeks of her tennis career.